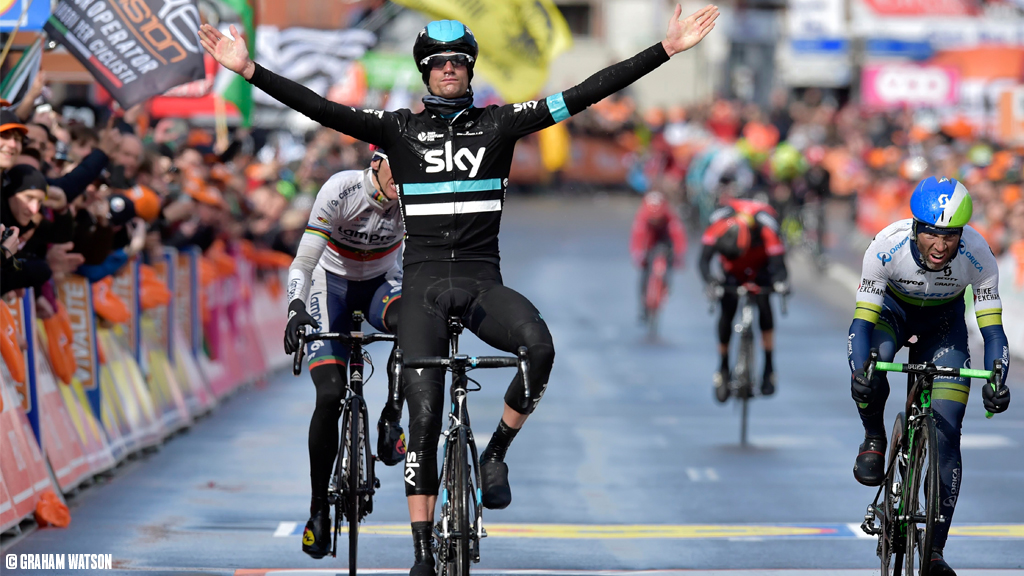 The Classics are done, the Giro to come

After the euphoria on Mathew Hayman conquering Paris-Roubaix and Peter Sagan winning the Tour of Flanders, the three one-day races in the Ardennes were a little anticlimactic.

Holland’s biggest race, the Amstel Gold Race, saw an emotional win go to Enrico Gasparotto just two weeks after his teammate, Antoine Domotie, was killed in a race in Belgium.

Behind this heartwarming win the biggest challenge for Orica-GreenEDGE’s management was again exposed, as Michael Matthews and Simon Gerrans rode independent races.

The only semblance of them being teammates, in the Amstel Gold Race, was that they were wearing the same jersey.

ORICA-GreenEDGE will need to get this sorted by July or there’ll be missed opportunities for the team to win, at the Tour de France.

Belgium’s midweek race, Fleche-Wallone, which was won by Cadel Evans in 2010, when wearing the rainbow jersey, saw Spain’s Alerjandro Valverde win for the fourth time.

The race went dully to script as the peloton played into Valverde’s hands.

The last of the big spring classics, Liege-Bastogne-Liege, is often one of the best as its hilly course gives the classics specialist and the Tour de France contenders an equal chance at victory.

But, as an entertainment package, the race was hampered by horrible weather. Rain, sleet and snow all made an appearance. The sun, unfortunately, forgot to show up.

These conditions turned it into a race of attrition. Understandably, the peloton, including all the big favourites, were riding to survive.

Many of the riders not selected for the race were tweeting that normally they’d be disappointed to miss Liege but this time they were delighted.

Wout Poels got the win, giving team Sky its first victory in one of the big one-day classics. It shows how tough these races are to win. They’d won three Tours de France before winning a one-day monument.

ORICA-GreenEDGE can lay claim to being the team of the classics.

A win at Roubaix, second in Liege, with Michael Albasini, and fifth at Amstel Gold Race.

The season now turns its attention to the Giro d’Italia.

The preliminary start list shows ten Australians will be in the race, when it starts in Holland on Friday 6 May.

Caleb Ewan will be making his debut and the first week will be his opportunity to shine.

Leigh Howard, who started the season strongly with second place at the Cadel Evans Great Ocean Road Race, will be among those challenging Caleb in the sprints as he hunts a stage win, at his new team, IAM Cycling.

Adam Hansen will be lining up for his fifteenth grand tour (Giro d’Italia, Tour de France, Vuelta a Espana) in a row. He already has the record for the most consecutive grand tours and is showing no signs of stopping his incredible run.

But it’s Simon Clarke, 2nd at the inaugural Cadel Evans Road Race in 2015, who could have the biggest influence on the race. He’ll be the road captain for the Cannondale team, supporting Rigoberto Uran as he attempts to convert his two second places finishes into a win.

There are plenty of late nights ahead for Australian cycling fames.

Home / News & Media / News / The Classics are done, the Giro to come