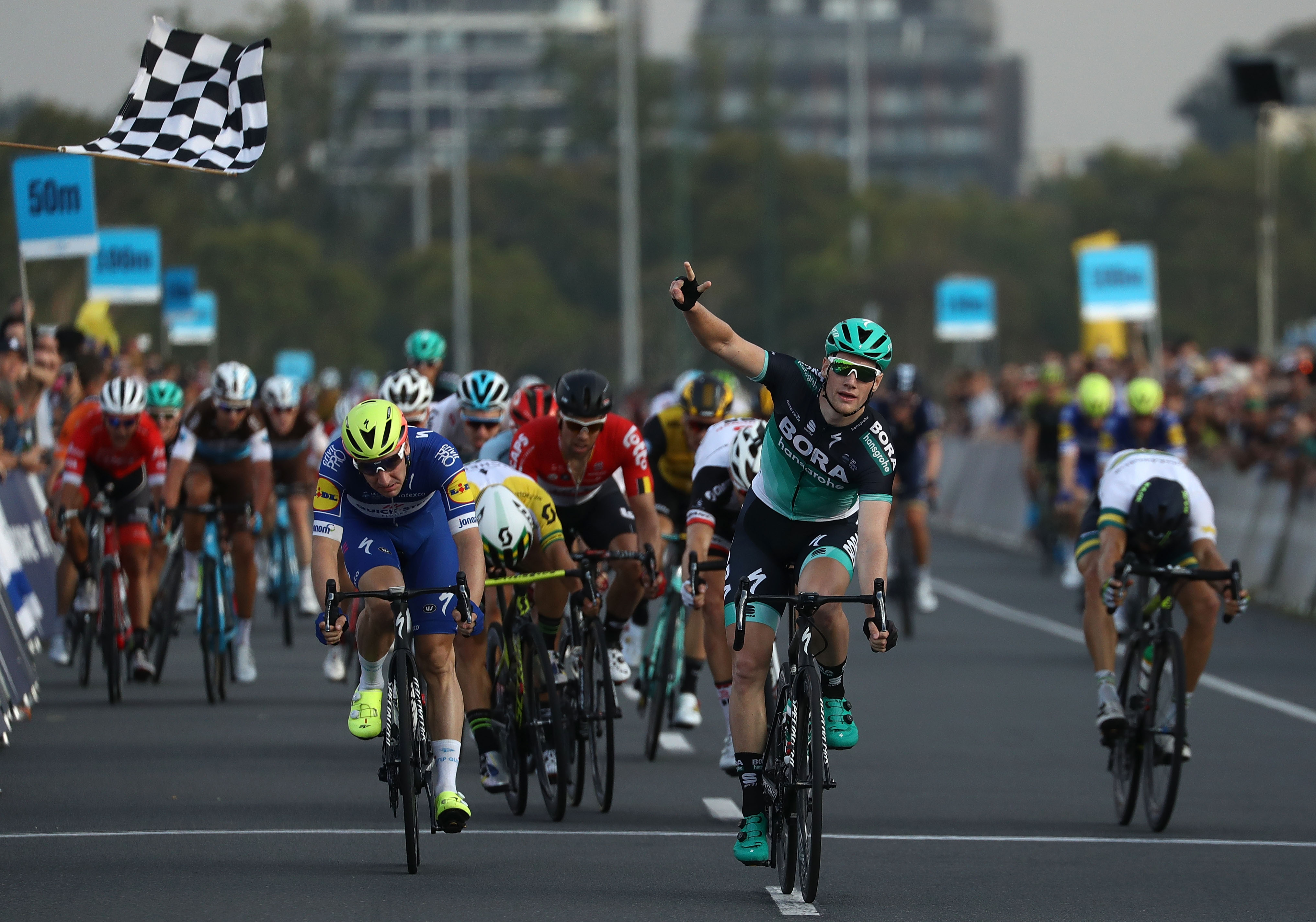 The 27-year-old, who won the inaugural 22 lap criterium in 2017, returned to show his dominance of the fast and strategic race finishing in 2h29:08. 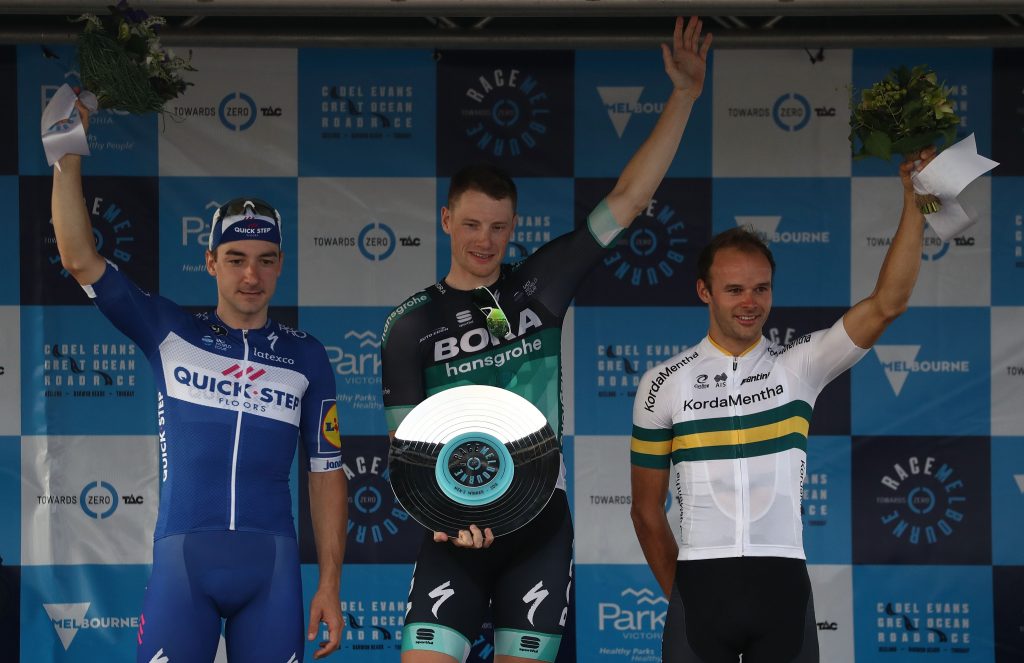 With riders’ fresh and hunting for victory at the start of the season, both the Men’s and Women’s criteriums finished with bunch sprints in front of big crowds on the Australia Day Eve.

Bennett, who conceded he called a training ride short yesterday, said: “Today I felt good and confidence was up from that and I just waited. I jumped early, but I came from behind and that seems to work here.” 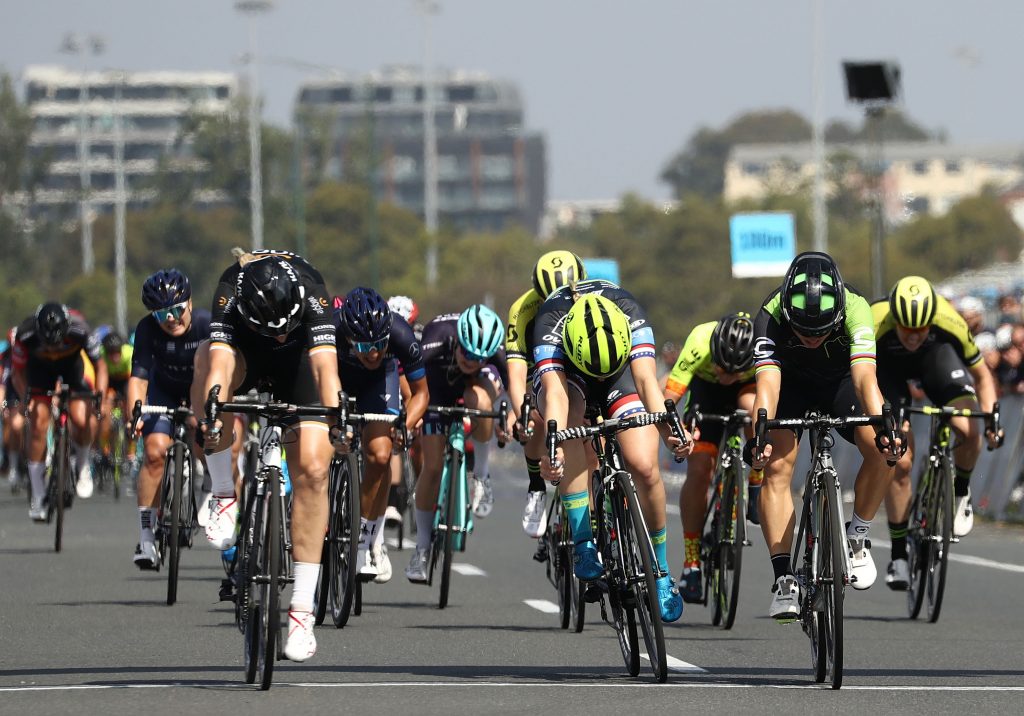 The Tour de France rider will now travel to Geelong for the UCI WorldTour Elite Men’s Race on Sunday. “Last year I was meant to go for the win [in the Cadel Road Race] and didn’t make it near the finish. But I would absolutely love to win that race. It would be great for morale…we can already call the start of the season a success.”

Seven riders established an early breakaway in the 22 lap criterium – which remained until the peloton pulled them back in the final lap. The tempo began lifting from lap 16 of the 116.6km race with the fast lap taking just 6:30s. 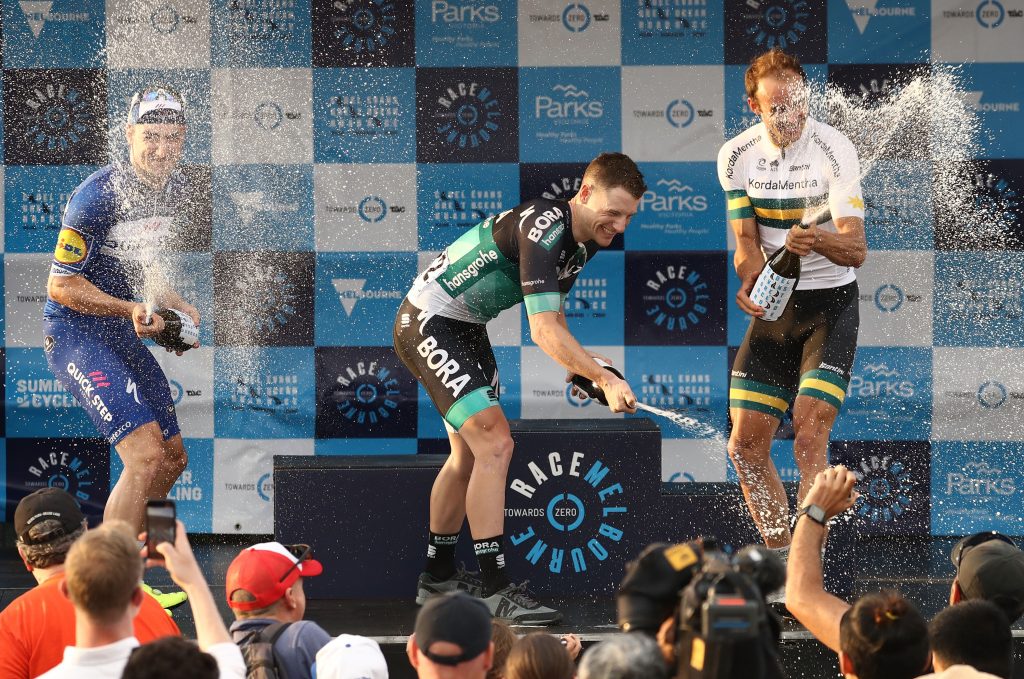 Race director Scott Sunderland said: “The circuit is made for F1 cars racing at 300km/h and the Men today pushed around 70km/h on two wheels.

“The men’s twilight time slot meant their concentration on the circuit was paramount, there was no time for second thoughts. The power metres showed there was actually very little time at all where they stop peddling.”

Edmondson said after the race: “It was a strong power, tail wind sprint. I had to jump a couple of wheels and I was on the inside,” she said after the 63.6km race.

“I saw Bronzini coming up under my arm and I was like ‘Oh my god, I’m going to have to try a little bit more here’.” 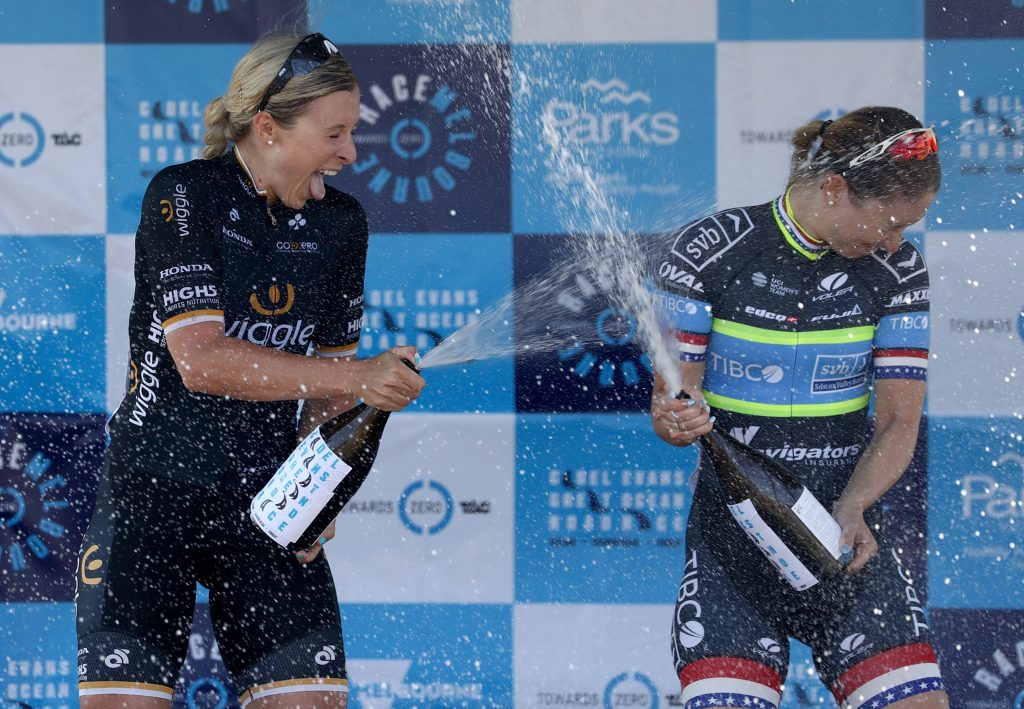 After a conservative first half of the 12-lap race, which saw riders trying to accelerate off the front before the gaps were quickly nullified – Wiggle High5 and rival Mitchelton-SCOTT dominated the final lap.

Edmondson, who also won stage one of the Santos Tour Down Under in Adelaide this month added: “It’s the best start to the season yet for me. I had a rough end to 2017 (diagnosed with hypothyroidism), which was a blessing in disguise because it really motivated me.”

In front of a field of 86 riders from around the globe, Team Virtu Cycling’s Barbara Guarischi won the sprint classification, ahead of Italian counterpart Rachele Barbieri (Wiggle High5) and Australian heavyweight Peta Mullens (KordaMentha Real Estate).

For the second year in a row winners of the men’s and women’s Towards Zero Race Melbourne crits received equal prizemoney – both taking home $A12,240 (€8000) for their efforts.

Oceania Cycling Confederation President and UCI Women’s Commission President, Tracey Gaudry, said: “To have professional races in Australia like Towards Zero Race Melbourne, which provide equal prizemoney recognition to our female and male elite riders is a major drawcard for the women’s teams in particular.

“The calibre of both women’s and men’s teams here today shows the growth of the Cadel Evans Great Ocean Road Race since its inception in 2015. These are definitely races the world’s best riders come here to win.” 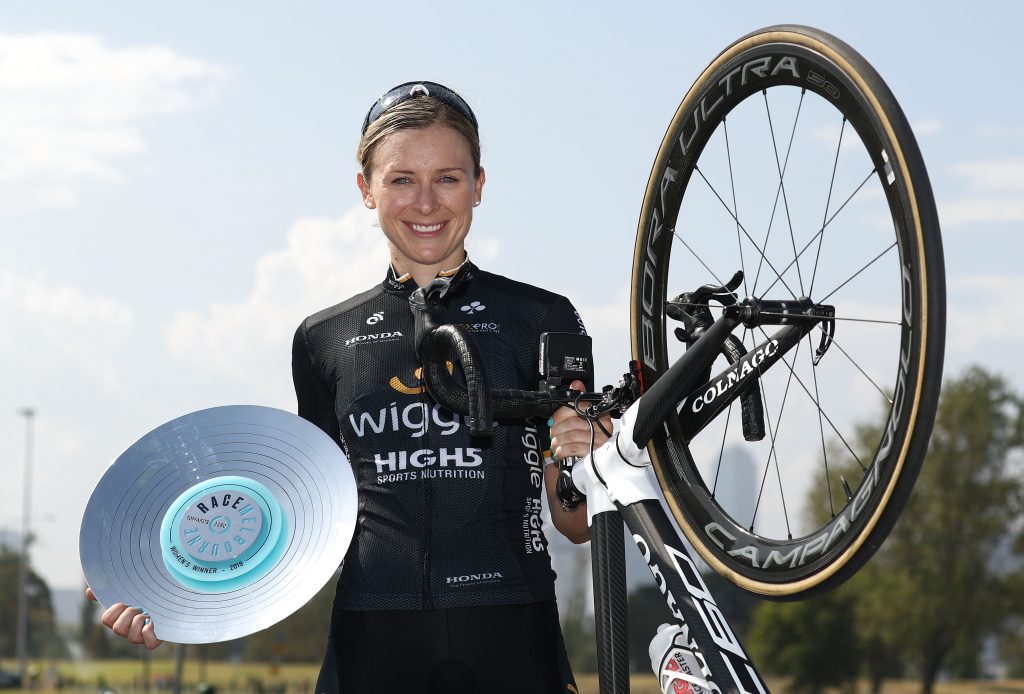 The public also turned out in force for the inaugural Ride4All event at 1pm, where they experienced riding the 5.3km race-day circuit including passing under the official start/finish gantry.

The TAC continued its involvement with Towards Zero Race Melbourne for the second edition of the spectacular criterium race.

Stay tuned for the Deakin University Elite Women’s Race UCI 1.1 on Saturday at 11:20am and the UCI WorldTour Elite Men’s Race at 11:10am on Sunday.

See race director Scott Sunderland’s top riders to watch this weekend, and more about the teams on the event website.

Channel Seven will again broadcast the Cadel Evans Great Ocean Road Race with coverage also available on the 7plus app. A live steam of Towards Zero Race Melbourne could be viewed on the event website and Cadel Road Race Facebook page. Please see the full list of the global broadcast details for more information.

To stay up-to-date with all the news, events and registration information visit www.cadelevansgreatoceanroadrace.com.au