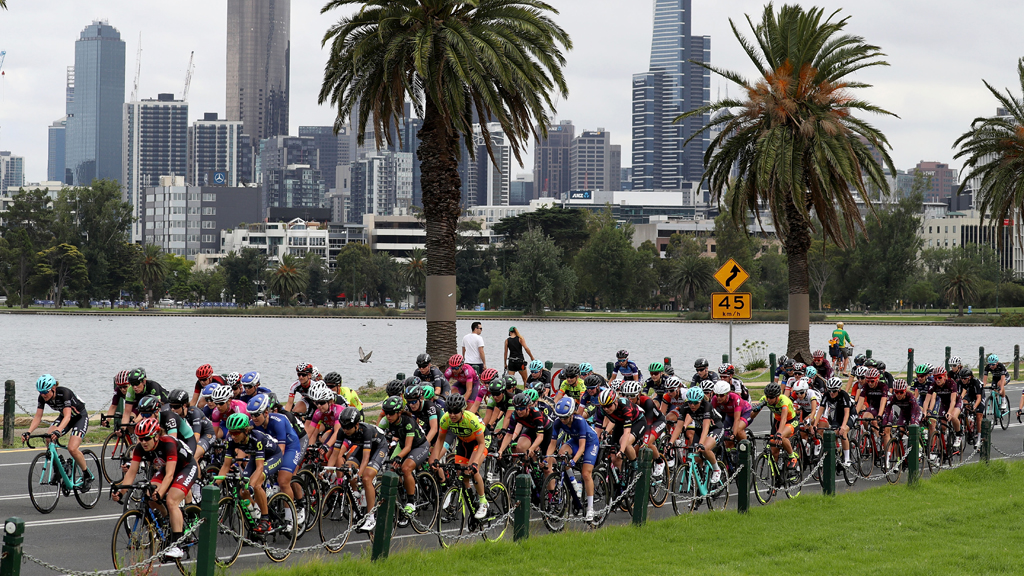 Wild triumphs over Hosking in photo finish at Race Melbourne

Third from the 84 finishers was German Lisa Brennauer of German Canyon-SRAM Racing.

For Wild, of the US Cylance Pro Cycling team, it was her third win in Australia this year. She won stages 2 and 4 and placed third overall in the Santos Women’s Tour in South Australia.

But the 34 year-old 2016 UCI Road World Championship silver medallist had to throw everything into her final burst to beat Hosking who was on her left in the photo-finish.

Wild also knew Hosking, 26 and of the Italian Alè Cipollini team, had strong form. At the Santos Women’s Tour, she won stage three and finished first in the points classification.

“I pushed my wheel to the front, I was hoping for the photo finish,” Wild said after. “It turned out to be with me. We directly looked at each other, ‘Is it you? Is it me?’ We both didn’t know. I have been practicing [her wheel throw] for a few years … today it worked.”

Thursday’s Towards Zero Race Melbourne race that saw 85 riders finish, was set for a bunch sprint finish by the 10th lap of the circuit when the last break was reeled in by the peloton.

The early protagonist was the American UnitedHealthCare team that forced the pace during lap 3 and throughout the race had riders in various breaks.

But they were caught just before the first of two intermediate sprints on that same lap.

More breaks went after that sprint, but all were to no avail as the second intermediate sprint neared on lap 7. In that Winder won from Garfoot and Garner whose third place in it after winning the first sprint secured her the sprint competition.

The attacks still came, the first by Belgian Ann-Sophie Duyck (Drops), a three times national time trial champion. She stayed away into lap 9 where Great Britain’s Emma Pooley (Holden) caught her. But the peloton again reeled them, as it did every move to ensure a bunch sprint which was almost certain going into a headwind over the last three kilometres.