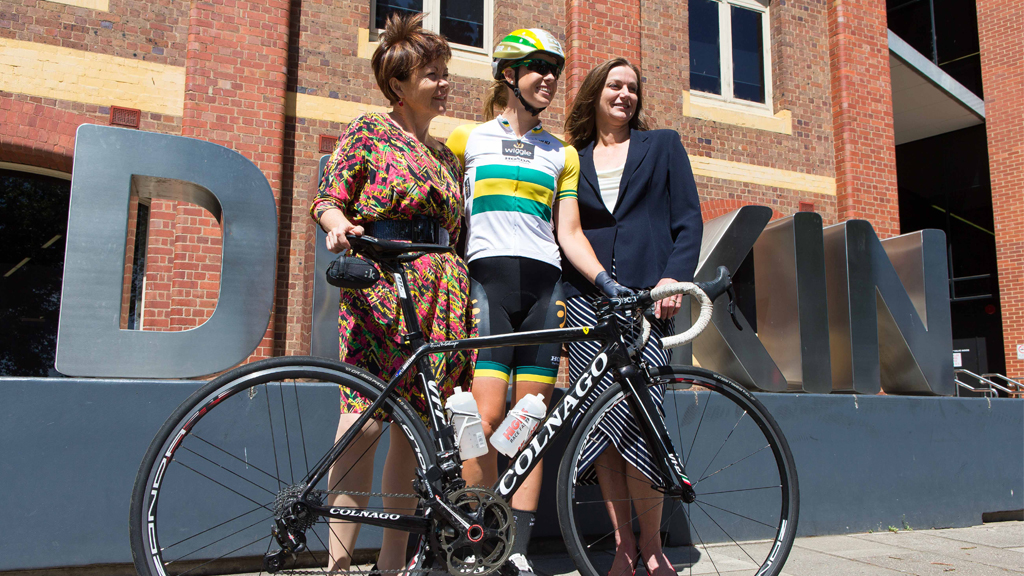 Deakin University was announced as an official partner of the Cadel Evans Great Ocean Road Race. With a commitment to supporting women achieve excellence, its sponsorship extends to the women’s event to be known as the Deakin University Elite Women’s Race in 2016 and 2017.

British outfit and third ranked team in 2015, Wiggle Honda Pro Cycling, has confirmed its participation in the race, with 2015 Australian Road Race Champion Victorian Peta Mullens confirmed as part of the team.

Joining the two UCI Women’s Teams will be NZ Trade Team, Roxsolt alongside Australia’s domestic teams racing for points in the second event of the Cycling Australia National Road Series.

In the first edition in 2015, a total of fifteen women’s teams competed with Rachel Neylan of Building Champions taking the inaugural title.

In a testament to the success of the first Race, the 2016 Deakin University Elite Women’s Race has been endorsed on the 2016 Union Cycliste Internationale (UCI) Women’s Road Cycling Calendar (classification 1.2).

Deakin University Vice-Chancellor, Professor Jane den Hollander:
“Deakin is committed to supporting the communities we serve and I cannot think of a better way to do so than through partnering with the Cadel Evans Great Ocean Road Race, which shows perfectly how sport and education can bring the wider community together. Sporting heroes of Cadel’s calibre simply emphasise that excellence in whatever each of us does brings rewards.

“We are particularly delighted to support the Deakin University Elite Women’s Road Race and this event strongly aligns with our passion for inspiring women to achieve at the highest possible level in whatever they do.”

Minister for Sport, Major Events and Tourism, John Eren:
“I share Cadel’s commitment to celebrating and supporting women’s sport and I am delighted to welcome Deakin University as a partner for the 2016 Cadel Evans Great Ocean Road Race.

“The UCI decision to upgrade our Cadel Evans Great Ocean Road Race Elite Women’s Road Race is a vote of confidence in our State and our major events and sporting credentials.”

“The inaugural Cadel Evans Great Ocean Road Race was delivered to an excellent standard, with the right foundation laid to provide a supportive environment for female cyclists.

“The 1.2 Classification is a terrific achievement for the event in only its second year and also great for women’s cycling in Australia.

“Cycling enthusiasts can now look forward to seeing some of the world’s best female cycling talent perform at their absolute best in January including ORICA-AIS and Wiggle Honda.”

Wiggle-Honda rider & 2015 Australian champion, Peta Mullens:
“I am excited to ride the Cadel Evans Great Ocean Road Race, Deakin University Elite Women’s Race and thrilled that an event in my home of Victoria will be recognised globally. I’m looking forward to the challenging course and taking in some of the beauty of the region.”

ORICA-AIS rider & defending champion, Rachel Neylan:
“Last year the Cadel Evans Great Ocean Road Race was one of the best days I raced in. The fan engagement and village atmosphere after the participation ride was something we don’t often get exposure to. It’s fantastic the UCI have sanctioned the event, it gives us a great platform to showcase women’s cycling.

“It’s super exciting to be returning as the defending champion. It will be my first time defending a title and I’m looking forward to the new challenge and all that comes with it.”