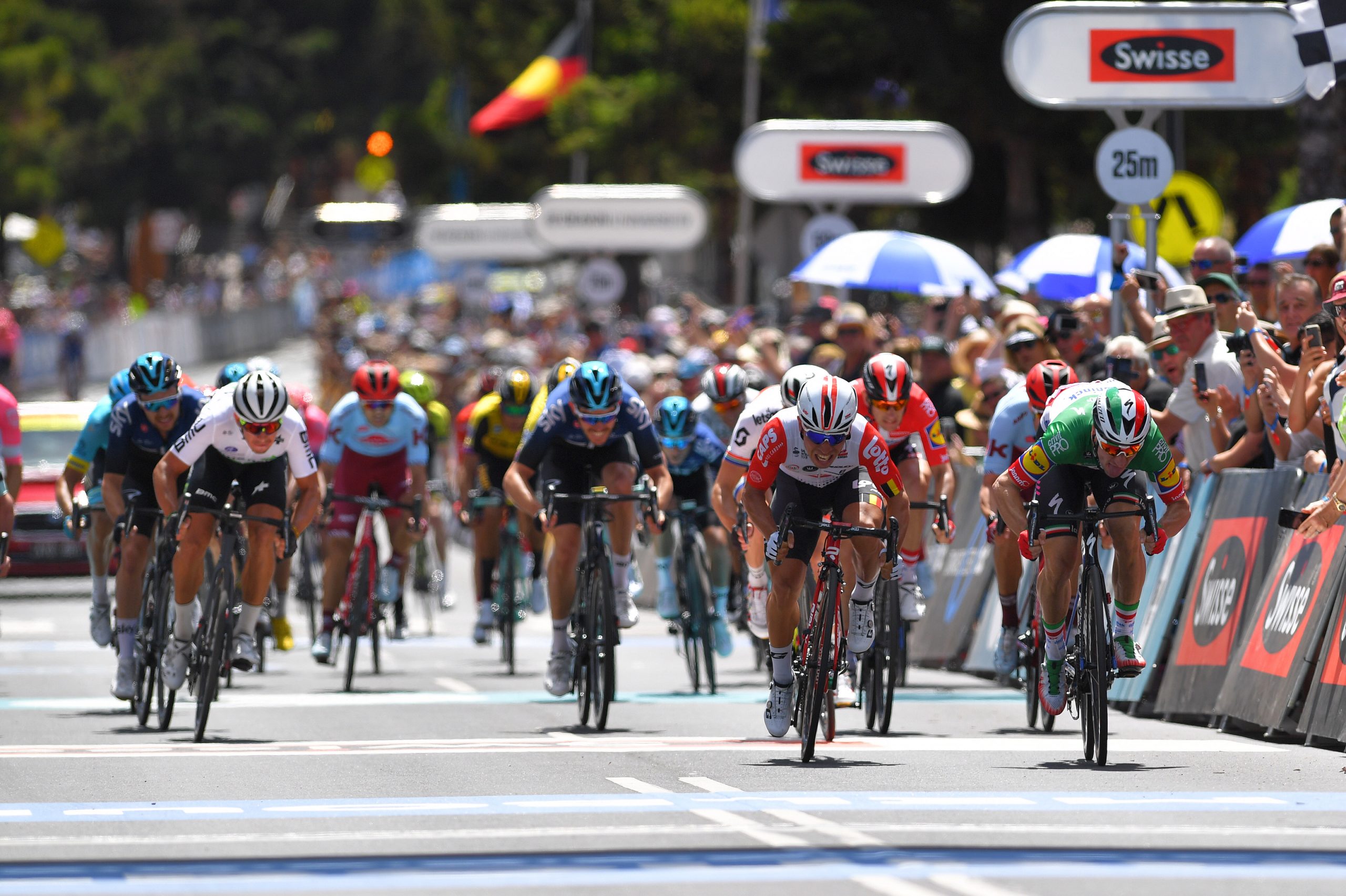 VIVIANI vs EWAN vs BENNETT

They are among the fastest and most decorated pro cyclists on the planet, and they all want to win the 2020 Cadel Evans Great Ocean Road Race.

Speed. Skill. Strength. Palmares. These UCI WorldTour megastars have it all – plus some.

When it comes to sprint showdowns Viviani, Ewan and Bennett have wowed crowds all over the world.

“Caleb was the best sprinter at the Tour de France in 2019,” says Viviani. “From January we met a lot of times and every time our sprint is a battle until the finish line. He’s young, but he’s already one of the best sprinters in the world.”

The defending champion adds: “I love this race and I want to start the season in the best way possible. That means, I want to defend my title.”

However, Ewan, from Bowral in New South Wales, is keen to go one better after finishing second to Viviani in the 2019 classics opener.

“I had the form and speed to win, but tactically it wasn’t perfect. If I can get a good run at the line this year, and if I am in the same form as I was last year, it’s a race I can definitely win,” says Ewan, who claimed three 2019 Tour de France stages.

Of the rivalry, he adds: “They are obviously super sprinters as well. It’s always hard to beat them when we come down to the finish.

“It usually is a hard day with the hills and the circuit, so it will be about managing the effort through the race to be able to do the best sprint possible.”

Sam Bennett, named Irish Champion and with 15 victories last season, is also motivated for a strong start to 2020.

“Racing against Caleb Ewan and Elia Viviani is always going to be difficult. They are both sprinters that can climb very well, so it will be really hard to compete with them,” says the 29-year-old.

Bennett is tipped to become a top classics rider for Deceuninck – Quick-Step – the Belgian squad is the winner of the UCI World Team Classification in the past two seasons.

“Everybody wants to win the first one of the season, so I think there will be a lot of aggressive racing,” he says.

The unpredictable nature of the Cadel Road Race means the sprinters party could be spoiled! Watch out for Trek-Segafredo’s Road World Champion Mads Pedersen, and 2018 La Vuelta winner Simon Yates of Mitchelton-SCOTT.

“I’ve always wanted to do an Aussie summer. If a chance comes for myself then I will do my best to capitalise – the harder the race the better,” says Yates.

Pedersen, who will race both Towards Zero Race Torquay and the Classic urges fans to come along: “Come out, watch us race, there will be a lot of fireworks!”

Whether you love cycling, sport in general, or you would simply enjoy a long weekend on the coast, this year’s edition starting with Towards Zero Race Torquay on 30 January and finishing with the Elite Men’s Road Race on 2 February should not be missed.