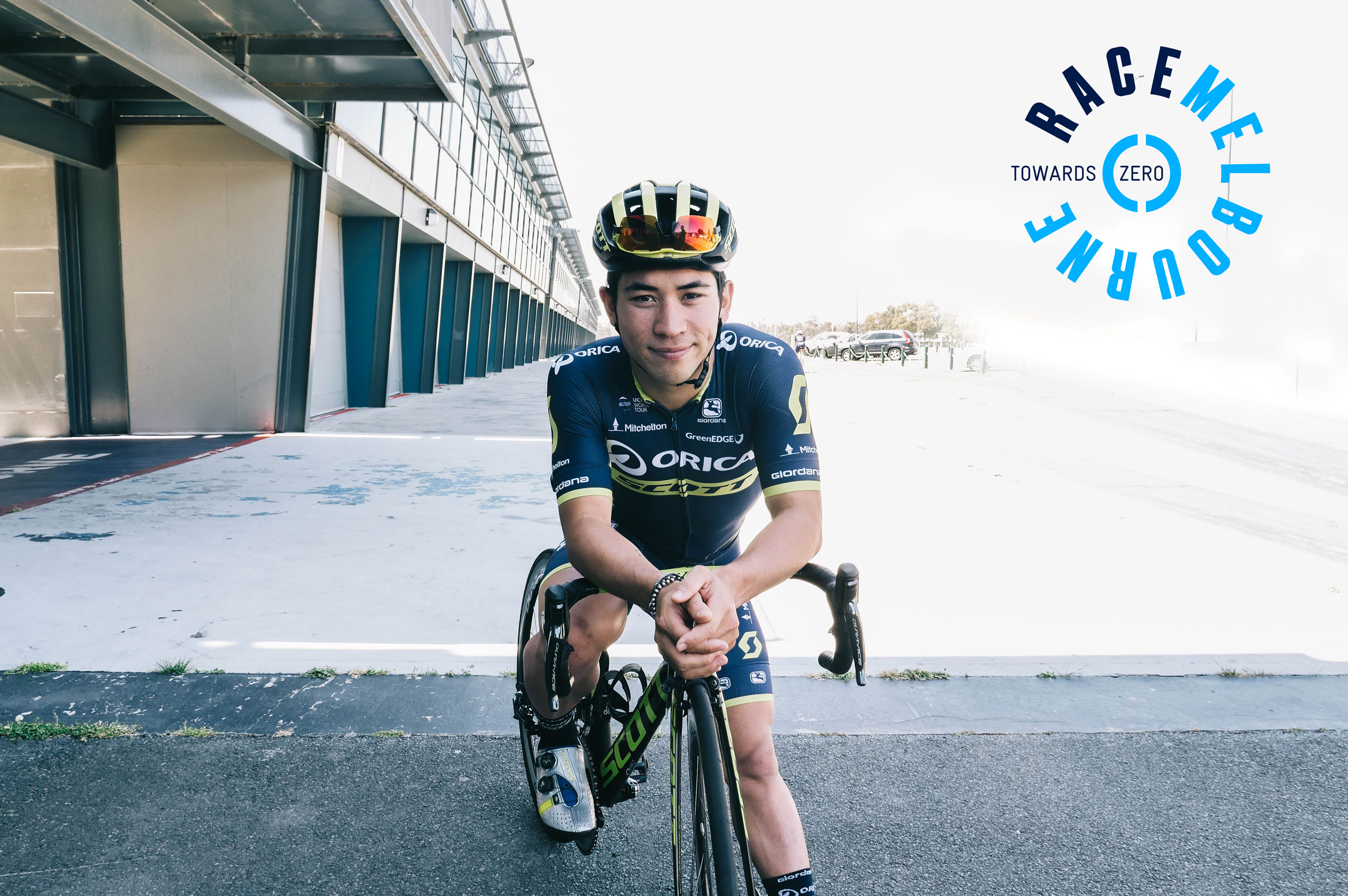 Caleb Ewan races Robbie McEwen in a display of speed and power – just a taste of what’s to come on Thursday 25 January, 2018.

Caleb Ewan, ORICA-SCOTT dynamo, has thrown down a challenge to his domestic and international sprint rivals – he wants to win the 2018 Towards Zero Race Melbourne.

The 23-year-old powerhouse from Sydney, and event ambassador, has even compared notes with F1 champions Daniel Ricciardo and Jenson Button ahead of the criterium at the famous Australian Formula 1™ Grand Prix track on Thursday 25 January, 2018.

“This is a super aggressive race, the attacks come fast and furious and as such are harder to control,” Ewan said. “I’m really looking forward to it – I like to start every year in winning form before we depart Australia and head back to Europe. Plus, we always like to do well in front of our home fans.” 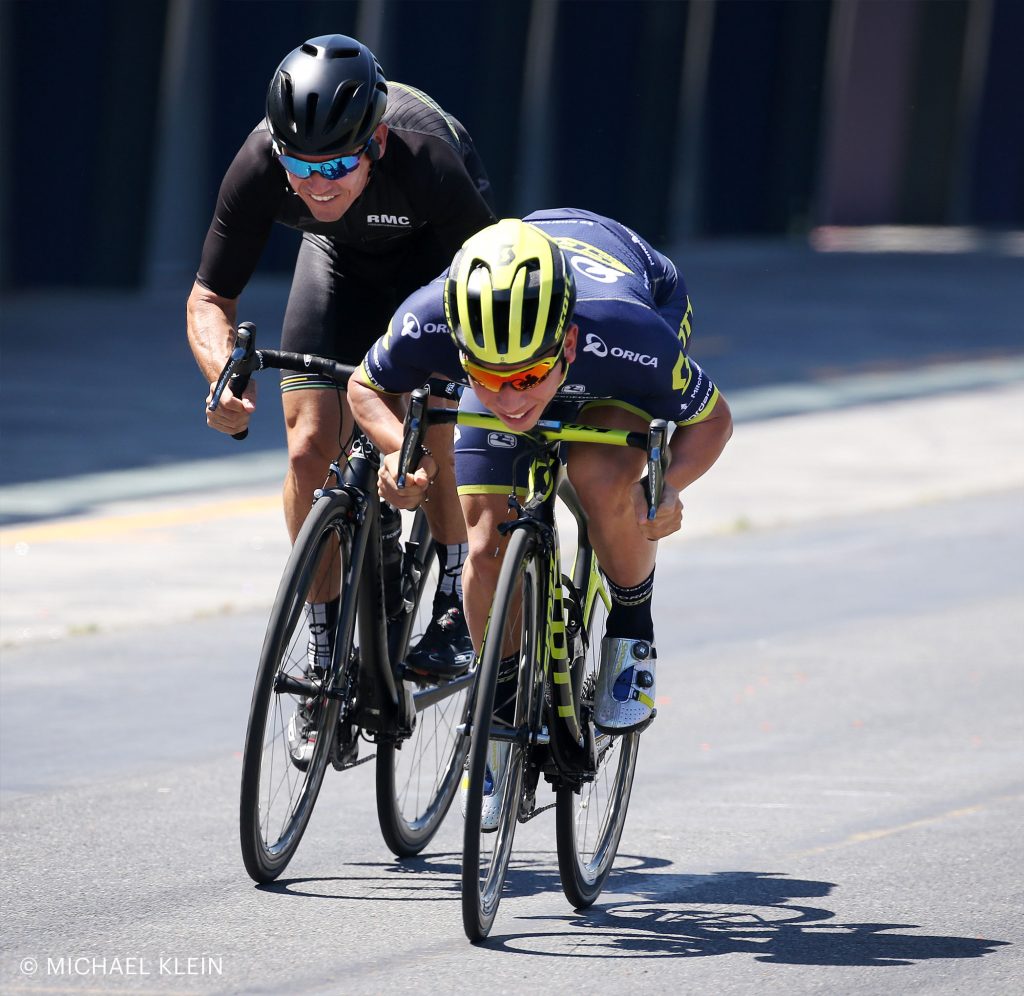 McEwen said Ewan has the potential to win some of the world’s biggest races, including stages of the Tour de France. “He’s one of the most exciting young riders on the planet,” he said.

Ahead of taking on Australia’s fastest cyclist this morning, McEwen added: “The great thing about racing a bike on an F1 circuit is that the surface is perfect, the corners are safe at the speeds we ride, so the racing is as fast as it can be.”

After the inaugural race in 2017 – which attracted 18 men’s and 15 women’s teams from across the globe, plus 4000 spectators – the 2018 twilight edition will lift the curtain on the Cadel Evans Great Ocean Road Race ultimate weekend of cycling.

Ewan, who has enjoyed a successful year including three stage wins in the OVO Tour of Britain and a stage win in the Giro d’Italia, said: “The twilight start will make it particularly exciting for fans, I’m hoping there will be a huge crowd to cheer all the riders on.” 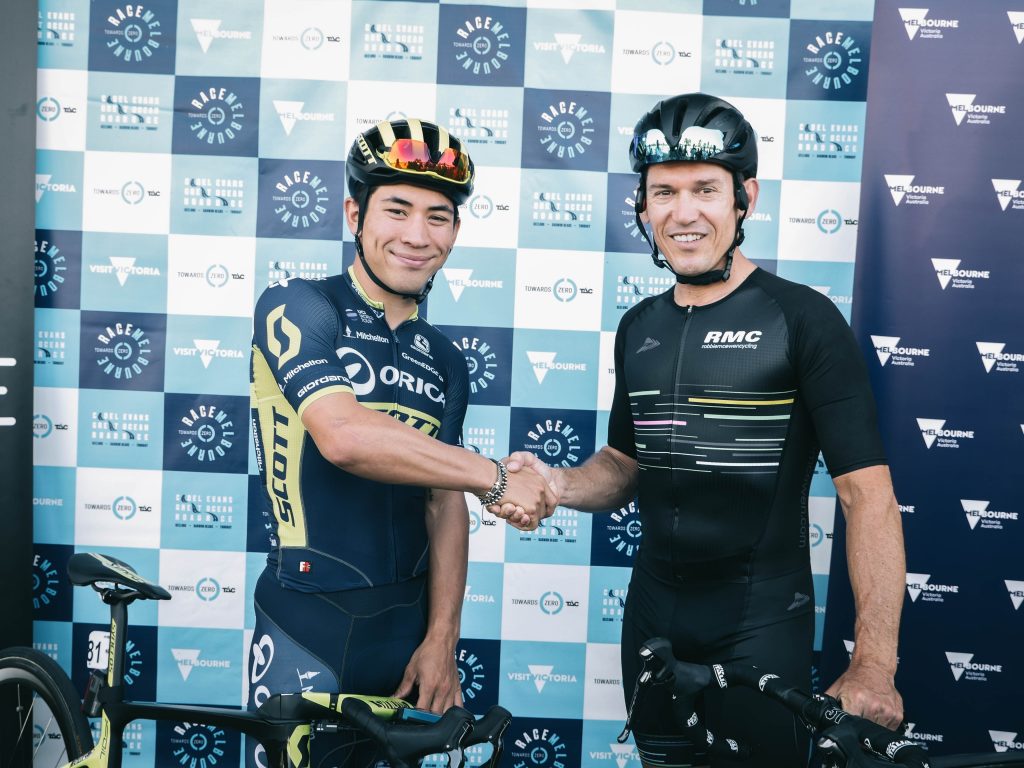 Minister for Tourism and Major Events, John Eren, said the men’s and women’s races will deliver everything people have come to expect from a major sporting event in Melbourne.

“This popular race is the perfect precursor for the Cadel Evans Great Ocean Road Race – showcasing some of the world’s best cyclists against Melbourne’s skyline.”

“With the Australian Open and international cricket bringing more fans to Victoria in January, there’s no doubt the atmosphere around town will be electric.”

While the 2018 team line up is still to be confirmed, event organisers are hopeful reigning champions Sam Bennett (BOH) and Kirsten Wild (CPC) will be back to defend their titles.

Points will be awarded to the three fastest riders during intermediate sprints on laps five, 10 and 15 for the men, and laps four and seven for the women, with an overall sprint classification winner in each race. With speeds of up to 70km/h expected, this race will require extreme power and skill.

Spectators will be spoilt for entertainment with the inclusion of a Belgian Village at the start/finish line precinct. This is set to make the free event, proudly presented by Visit Victoria in partnership with Parks Victoria, one of the most popular places to kick off the Australia Day long weekend.

The village will be complete with European food vendors, a beer garden with festoon lighting, roving entertainment, a DJ, activities for the whole family, large screen live race broadcast, giveaways and more.

Parks Victoria Executive Director Melbourne Division, Bryan Welch, said the Albert Park natural reserve was the perfect place for families, friends and fans of the sport to get together and enjoy the evening.

“With so many vantage points to watch the races from, spectators can bring a picnic rug, portable chairs or line the track of the 5.3km circuit to see the action up close,” he said. “Plus, fans can take a look behind the scenes at the team set ups, bikes and cars in the pit buildings.” 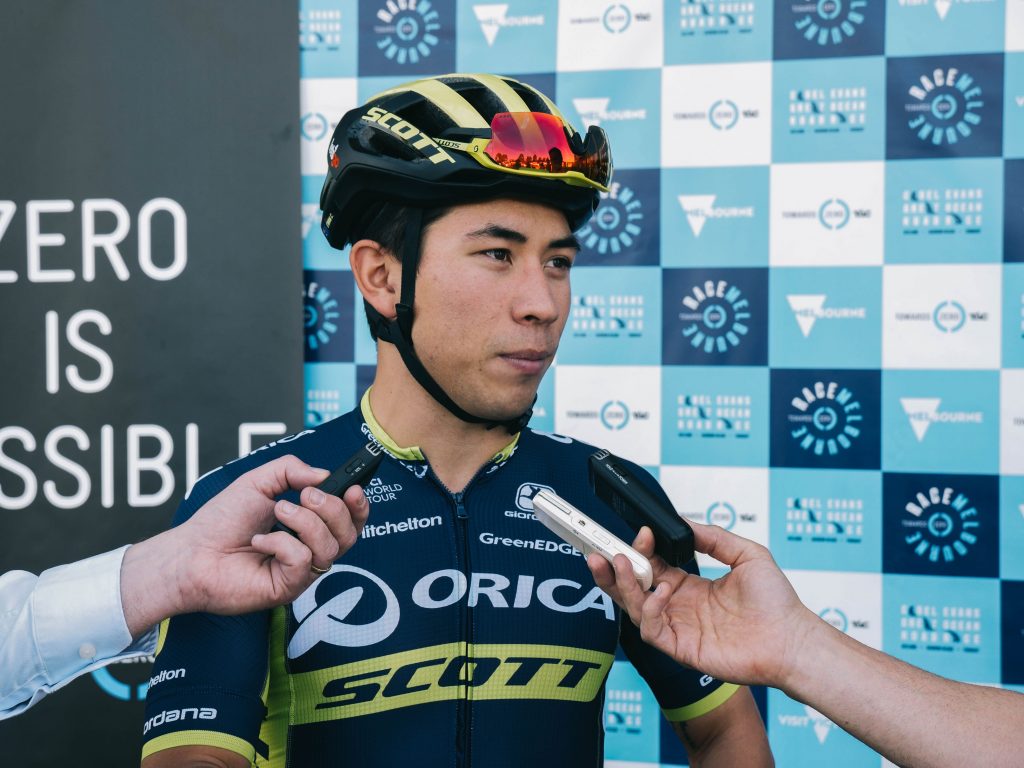 The event will also promote road safety in Victoria and the state’s push Towards Zero, thanks to the continued support of the Transport Accident Commission (TAC).

TAC chief executive officer, Joe Calafiore, said addressing the issues faced by cyclists, motorists and pedestrians alike was vital in working towards a future where no one is killed or seriously injured on Victorian roads.

“The TAC’s involvement in this event allows us to drive home the importance of cyclist safety in particular,” he said.

This month the TAC launched ‘Give the space to ride safe’, a new campaign highlighting the minimum safety zone drivers should allow when passing a bike rider – one metre in speeds zones up to 60km/h, and 1.5 metres at higher speeds.

“It is also important that motorists slow down when passing someone on a bike, while it’s equally important that riders ensure they are highly visible, predictable and wearing good protective gear,” Mr Calafiore said.