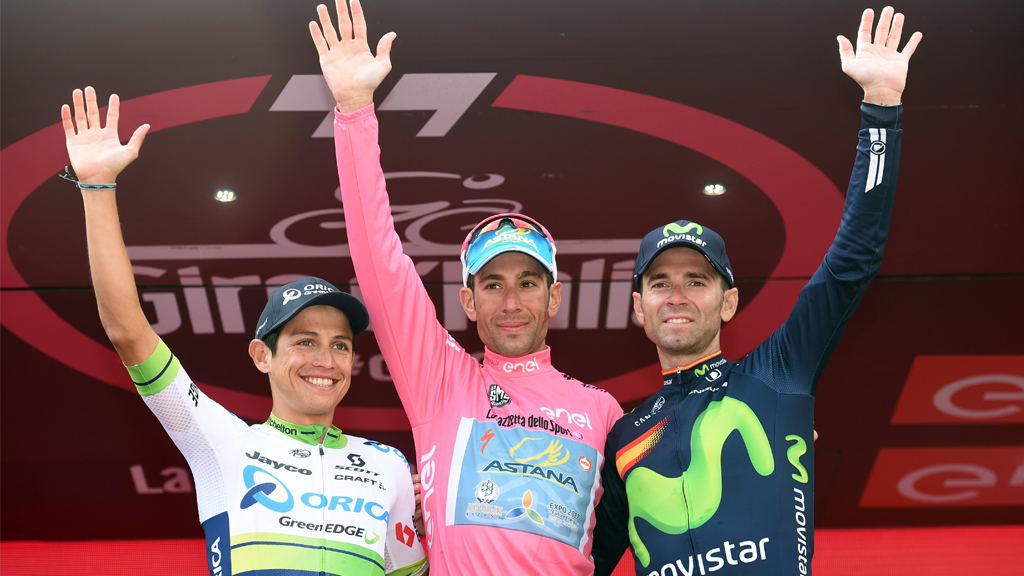 It’s been touted as one of the most exciting Giro d’Italia editions in recent history, and boy did it throw out the drama in the final few days.

When we wrapped up the second week of Italy’s Grand Tour Steven Kruijswijk of Team LottoNL-Jumbo was in the box seat to claim his first three-week Tour holding a two-minute 12second lead.

The Dutch rider extended his gap to three minutes the following day, when second placed Esteban Chaves (ORICA-GreenEDGE) had a momentary lapse on concentration and lost time on his general classification rivals.

But along came two final torturous days in the mountains and suddenly everything changed.

Kruijswijk was as strong as any climbing up the ascents, but came undone on his less-preferred side of the mountain – the descent.

The race leader was fighting to hold the wheel of Vincenzo Nibali (Astana Pro Team) and Esteban Chaves on stage 19 but misjudged a corner and plowed dramatically into a wall of snow.

He bravely jumped back on his damaged bike, which he later swapped to a new one once his team were able to reach him, but the damage was done. Physically and mentally.

Kruijswijk finished the day with broken ribs and dropped to third overall.

Ahead, Nibali built a resurgence – despite his national media writing him off – and won the stage emphatically to sit just 44seconds behind new leader Chaves.

All was built for a thrilling penultimate stage and final day in the mountains.

Stage 20 began with surprising calmness, but in the end it didn’t disappoint with the much anticipated attack from Nibali coming and proving too strong for Chaves and Kruijswijk.

The Italian champion went into the symbolic final stage in the pink jersey and last night officially wrapped up his fourth Grand Tour victory.

Despite the maglia rosa landing with the pre-race favourite and Grand Tour champion Niabli, cycling saw some of the stars of its future come to the fore – none more than Kruijswijk and Chaves, giving Dutch, Colombian and Australians something to get excited about.