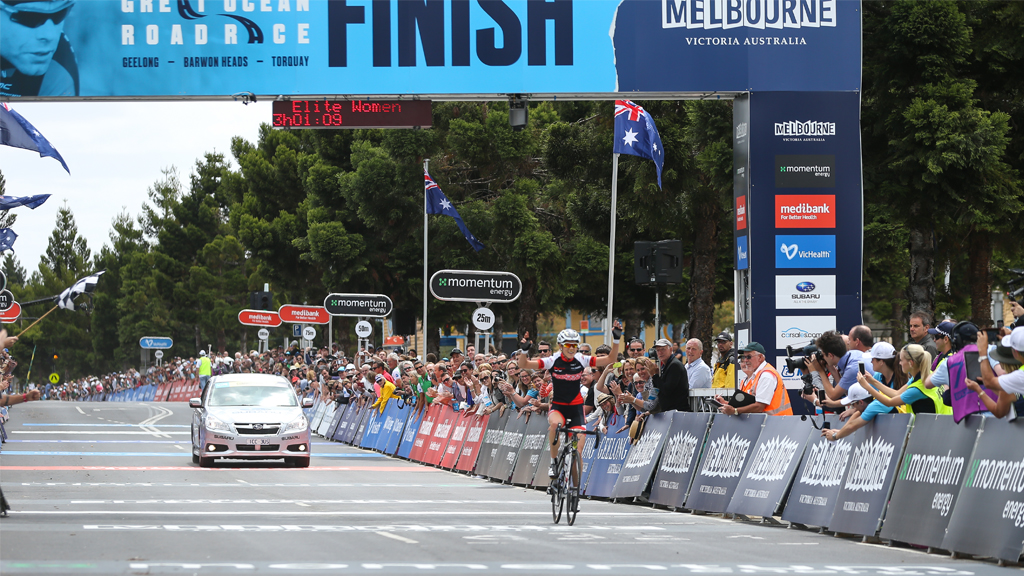 Neylan with competition in title defense

When inaugural champion Rachel Neylan returns to the Cadel Evans Great Ocean Road Race this weekend to defend her first ever title, she will be the first to admit her life couldn’t be more different than 12months ago.

Neylan took a solo victory last season, probably one of the most significant performances in her career. The 33-year-old was riding for the Building Champions squad, but was without a professional outfit for 2015 and the lead in to the Rio Olympics.

Her performance in Geelong, alongside her third place at the 2015 Australian championships secured a contract with Australian team ORICA-AIS whom she will return with in 2016.

Neylan and her ORICA-AIS teammates have a number of cards to play, including Australian champion Amanda Spratt but will be strongly challenged by international team Wiggle High5 which features 2015 Australian champion Peta Mullens and Santos Women’s Tour Queen of the Mountain Danielle King.

“The team has shown that we have a full line up of girls in really strong form and that is a huge advantage for us.” said Neylan. “Whether it be me, or my teammates, we want to make an impact on the race and we have the numbers and ability to do that.”