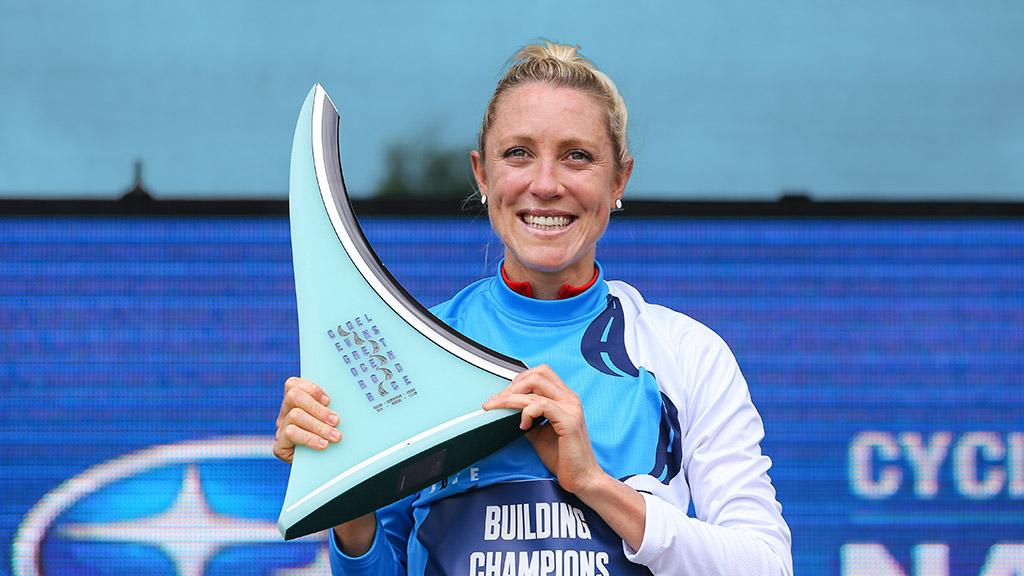 Riding as a guest rider for the Building Champions squad, Neylan was overcome with emotion as she crossed the finish line to the cheers of the large crowd.

“I’ve been waiting a long time to win a big race and it’s finally happened,” said Neylan who catapulted herself onto the world stage with a courageous silver medal at the 2012 UCI Road Cycling World Championships.

Suffering from a persistent knee injury that crippled her career following the world championships, Neylan returned to her roots of Sydney to regain her form.

“After my result of second at the nationals, I was really frustrated not to win that race and I really wanted the green and gold jersey so I guess this is the consolation prize.”

Neylan attacked a reduced peloton with eight kilometres remaining to seal the victory with plenty of time to celebrate.

“I just put my head down and went for it,” said Neylan. “Experience pays off and I think I stayed quite patient and I really tried to play my cards and my strengths to win the race.”

“My legs were feeling pretty good, but at that point, when you know you can win a race you don’t listen to your legs at all, you just go.

“I honestly didn’t think I was going to stay away, ORICA-AIS are really, really strong and they’re all classy riders. It was just my day.”