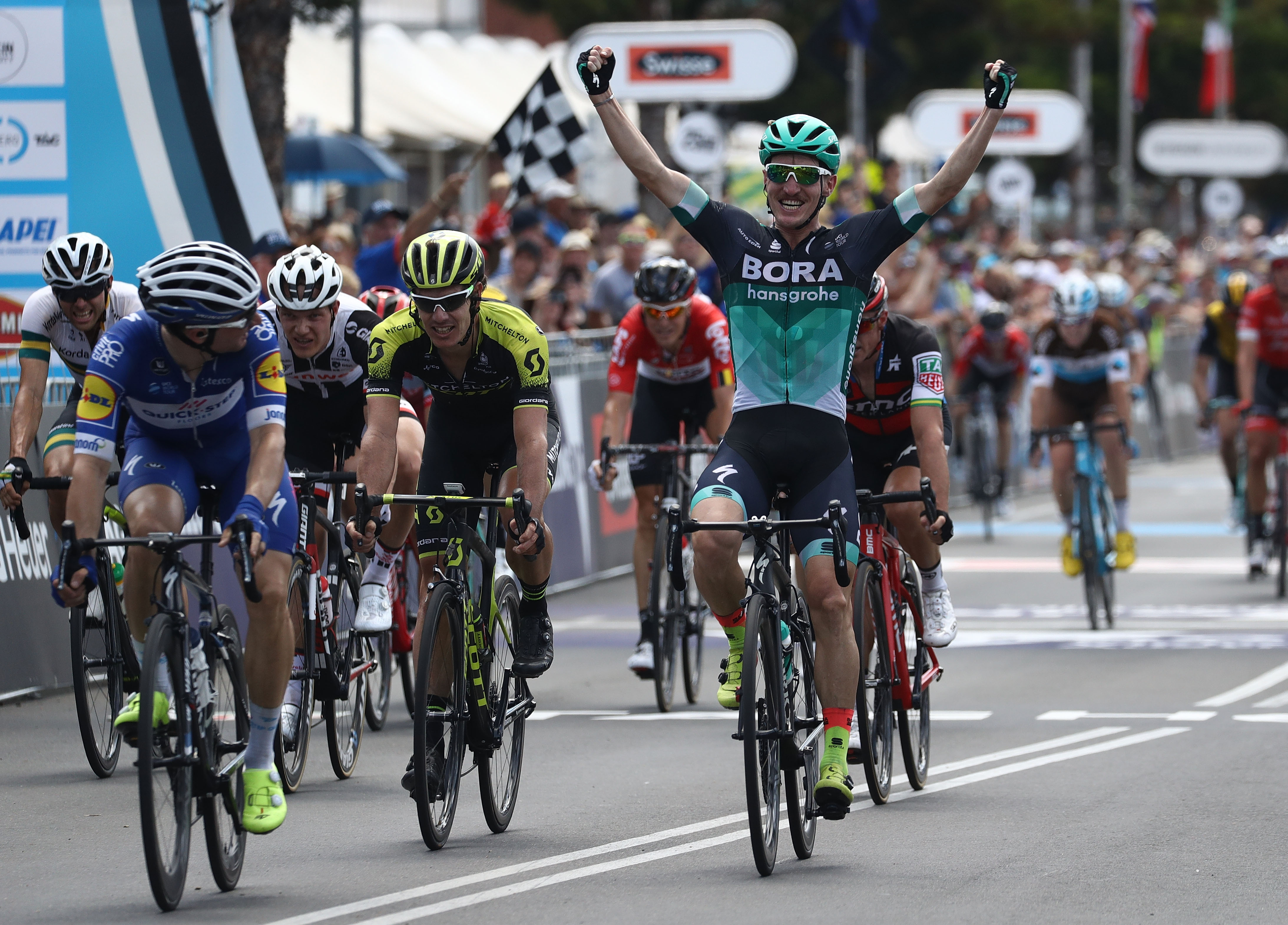 The 25-year-old won the title in 4h04:00 ahead of a first-class line-up including 12 WorldTour teams.

“I’ve been poking my head out of the hotel window all week looking at the finish line thinking about this…it worked perfectly for us,” McCarthy said.

The hot and humid conditions, which reached 41 degrees out on the 164km course, suited McCarthy. “It’s more humid than normal down here. We get humidity and heat in Queensland and the two together worked well for me.” 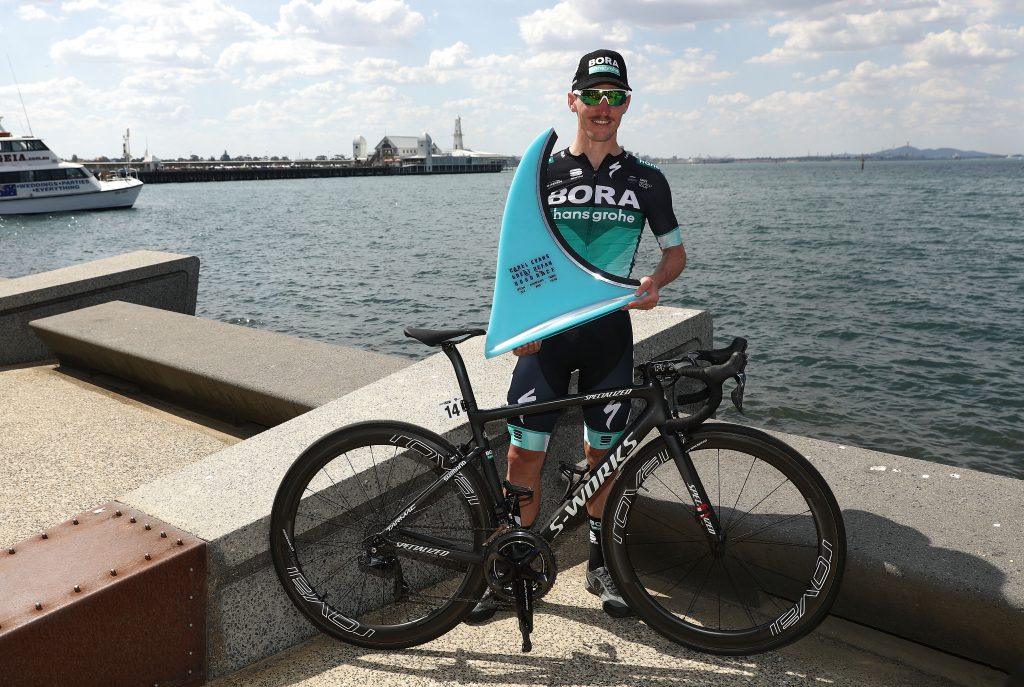 McCarthy finished second in the Australian Road Race Championship earlier this month. “I’ve been there about all summer and to finish my last race in Australia before heading back to Europe with this win – I’m speechless.”

Viviani, who also finished second at the event’s Towards Zero Race Melbourne twilight criterium on Thursday, said: “In January my shape is good, but I’m disappointed because this is a great race and a classic I could have won.

“When I saw 500 metres to go I thought it was a challenge, but I chose the right side of [Simon] Gerrans. If the finish line was one metre later I would have won.” 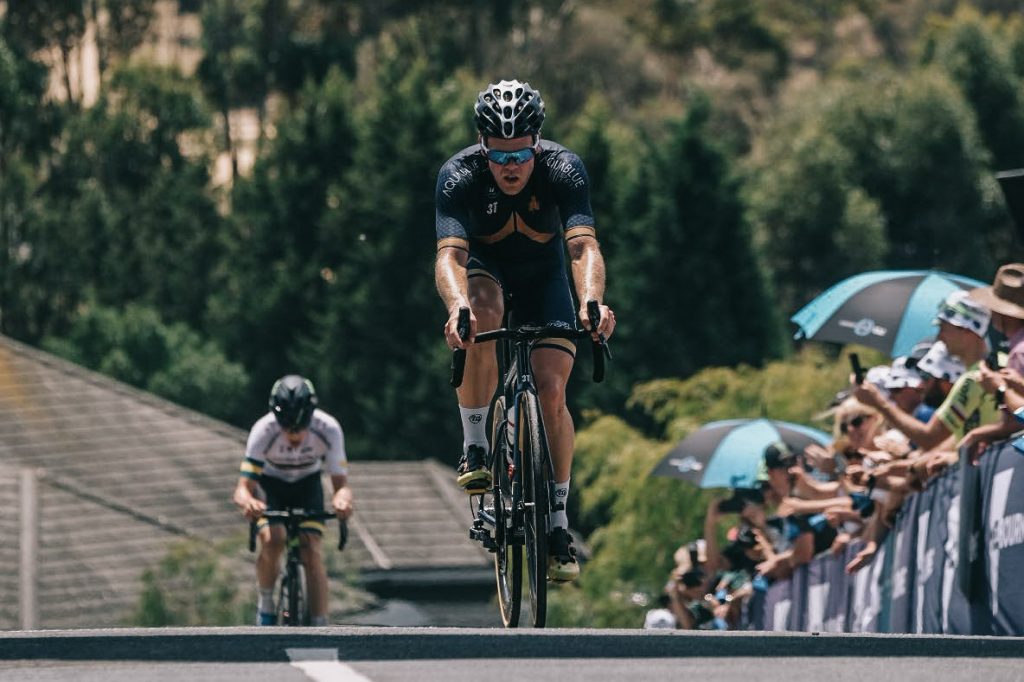 As they rode through Evans’ home town of Barwon Heads the courageous leaders gained a six-minute advantage and hit speeds of 50km/h.

Michael Hepburn and Jack Bauer (Mitchelton-SCOTT) took charged at the front of the peloton after they turned away from the coast down Forest Road.

Kochetkov – the only WorldTour rider in the breakaway – looked strong ahead of the first of four Challambra Climbs and three 16.8km laps of Geelong.

Evans said: “When they hit the final laps you really feel it in the legs. Challambra will make a difference to the final.

“This year, the finish is 200 metres shorter and a gap that can be gained on the climb can be maintained until the end.”

The breakaway reduced to Kochetkov, Porter and Hansen at the first Challambra Climb and the young Australian rider, Porter, was dropped after taking out the Mapei Sprint Classification.

The peloton caught the leaders with 15km to go while a fall 13.3km from the finish involved Mike Teunissen (Team Sunweb) and August Jensen (Israel Cycling Academy). 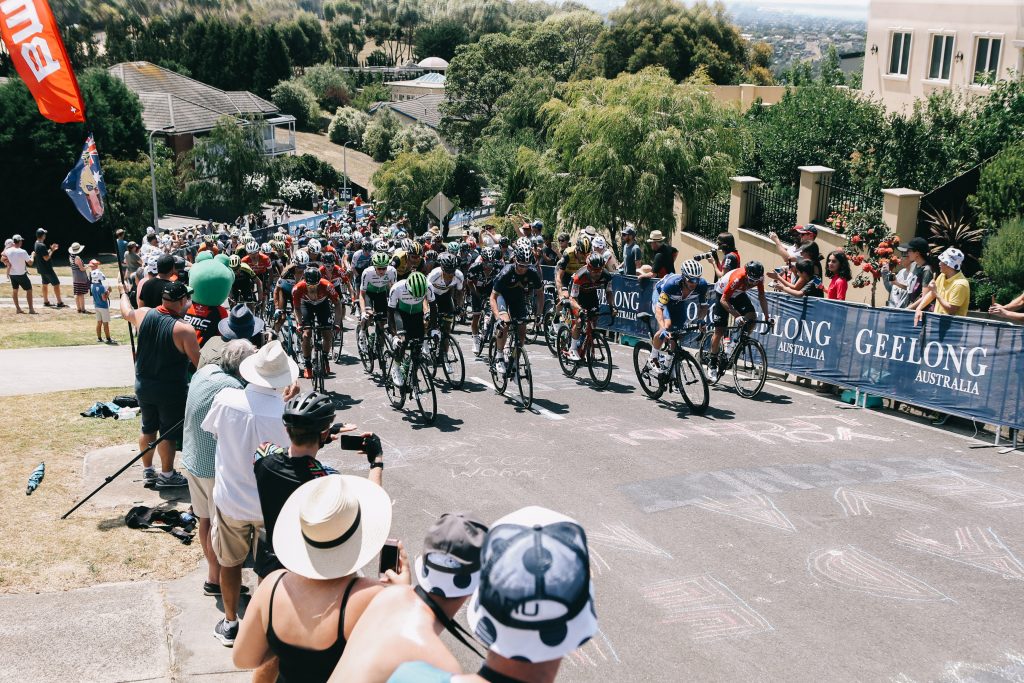 It was McCarthy who proved too strong in the sprint to the finish before a massive crowd on the Geelong Waterfront.

He took home a handcrafted Flynn Silver trophy and a TAG Heuer Connected Modular 45 watch. TAG Heuer’s mindset of Don’t Crack Under Pressure could not be more fitting for the incredible line-up of riders competing today.

Minister for Tourism and Major Events John Eren said having 16 of the world’s best teams, including 106 riders, in town today was a huge coup for the region.

“This is one of Australia’s best sporting events, which has the incredible bonus of shining a spotlight on Geelong, the Bellarine and the Surf Coast. The enormous turn out today – and right across the long weekend of events – also shows how popular cycling is in Victoria.”

Chief Executive of Visit Victoria Peter Bingeman added: “The support of Cadel Evans in delivering a long weekend of outstanding cycling events for the people of Melbourne, Geelong and Victoria is greatly appreciated and we look forward to continuing to work with him in the years ahead.”

The race was the first of 16 one-day classics that form part of the 37 events making up the UCI WorldTour calendar in 2018.

Many of the stars from the weekend will now turn their attention to the Jayco Herald Sun Tour from 1 – 5 February as the Victorian Summer of Cycling continues.

The race was broadcast live on Channel Seven and the 7Plus app. Watch all the highlights from the Cadel Evans Great Ocean Road Race on 7TWO this Saturday 3 February, from midday until 1pm.

To stay up-to-date with all the news, events and 2019 registration information visit www.cadelevansgreatoceanroadrace.com.au