It’s spring – the perfect time to climb, says the Victorian youngster who took on the WorldTour and won both the King of the Mountain and Sprint Classification at the 2020 Cadel Road Race.

If you’ve ridden it, you will be familiar with the fact that there’s no hiding on Challambra.

The 830 metre, punchy ascent – first made famous in the 2010 UCI Road World Championships in Geelong – is the make or break moment for many elite and recreational riders alike.

So, when a 19-year-old rising star from Melbourne dominates the Challambra Climb in all four city circuits against a star-studded field, we thought it would be best to find out how he did it. Plus, pick up some how-to tips for climbing like a pro.

How did it feel to take out both classifications against the world-class field this year?

I was hoping to win one of the awards, but to win both was unreal! I didn’t think I had enough sprint points so it wasn’t until after I crossed the finish line that I realised I’d done it. To have won these in a UCI WorldTour race, against some of the very best in the world, makes it even better and will definitely be a day I won’t ever forget. This was the best race of my career so far. 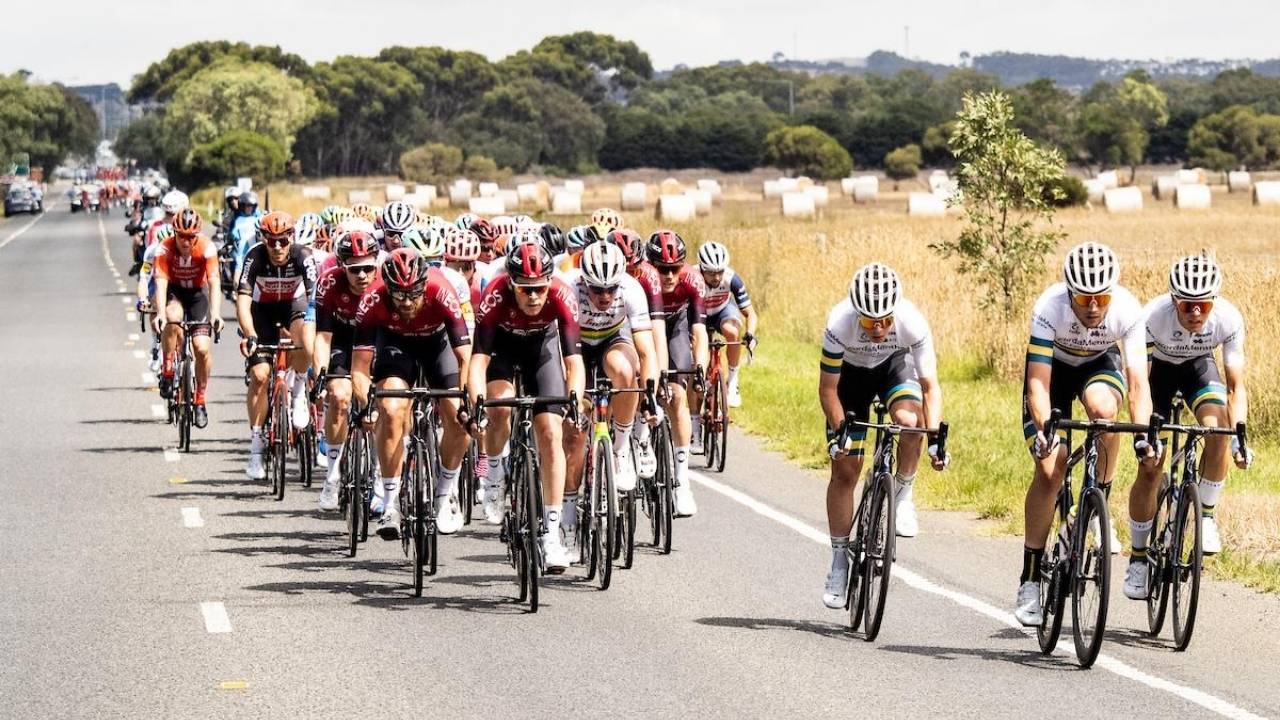 You have spoken before about your mentality to race from the front – why did it work for you and the KordaMentha Australian National Team?

There were four of us in the National Team with a similar objective, so we went into the race with the plan to be aggressive from the very beginning. The course isn’t extremely challenging for the first part of the race and the teams with plans to win want to save their energy for Challambra and the crosswinds on the run into Geelong. This allowed us to gain a sizeable lead so even when the peloton raced hard through the crosswinds, we were able to avoid being caught.

What are your top three tips for recreational riders who want to become better climbers? 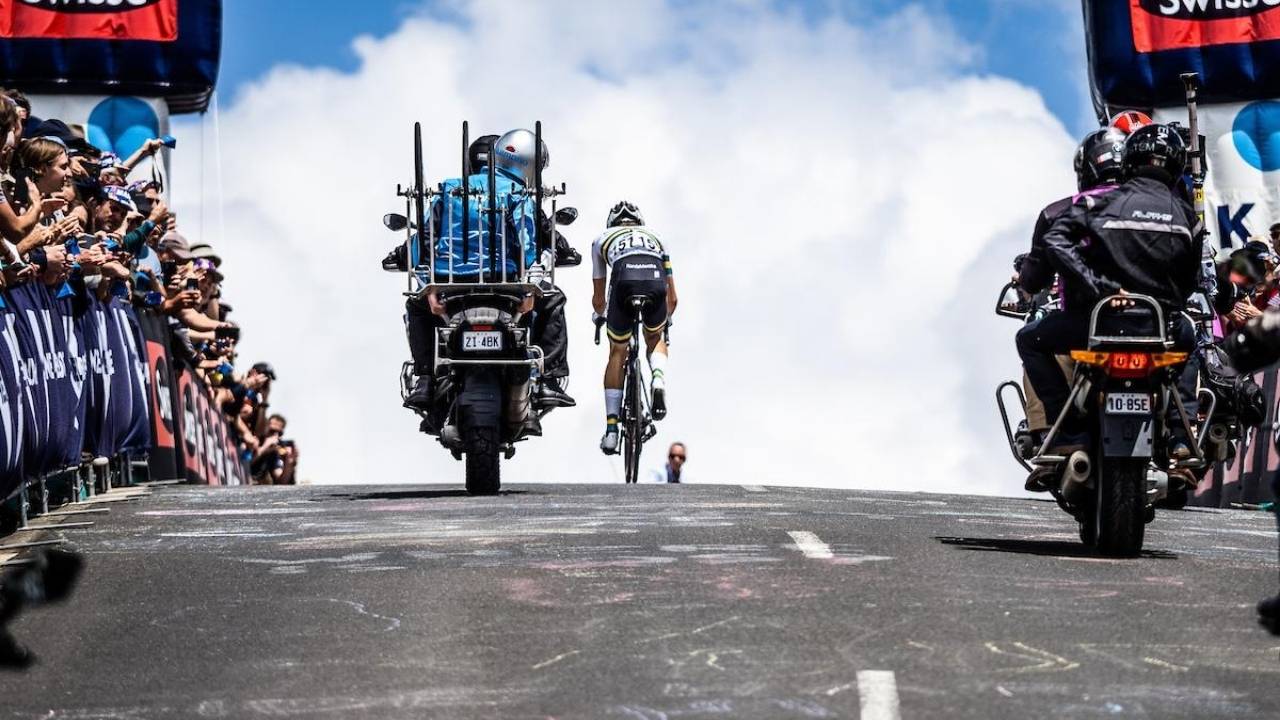 Turnbull takes out the Swisse King of the Mountain points on lap three. Photo: Beardy McBeard.

This was your second Cadel Evans Great Ocean Road Race, what do you like most about the modern one-day classic?

I enjoy the course and particularly Challambra Crescent due to the atmosphere and just how it feels riding up there. It’s great to have another WorldTour race in Australia along with the Tour Down Under. This gives great opportunities to domestic riders, but also to show world-class racing to more of the public.

What impact has the pandemic had on your season and team InForm TM Insight MAKE?

For a lot of the InForm TM Insight MAKE riders there had already been quite a bit of racing before the pandemic put a halt to it. We are still hopeful that racing can resume soon and that we won’t miss out on too many races. For me personally, I’d like to come out of winter ready to get back into racing and pick up from where I left off. 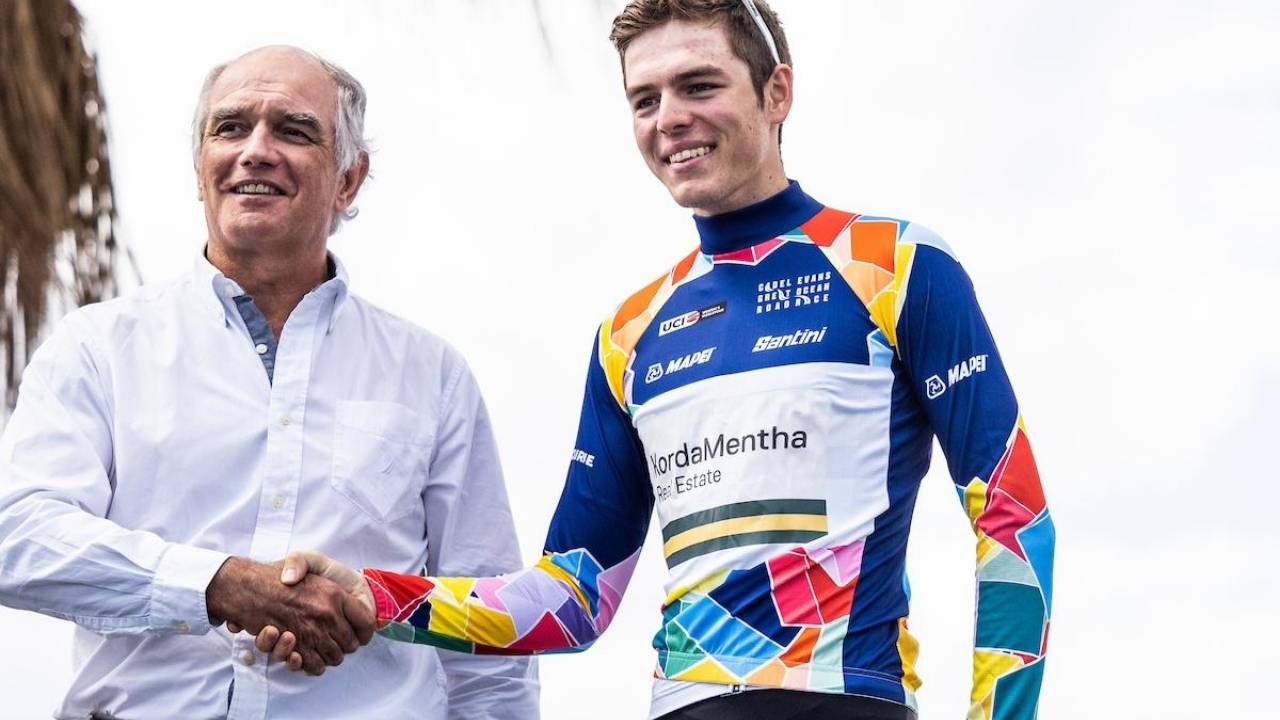 Turnbull became the first rider to win both the King of the Mountain and Mapei Sprint Classification. Photo: Beardy McBeard.

After finishing third in the National Champs U23 ITT this summer and your success at the Cadel Road Race – how would you describe your recent career progress, and what’s next?

After moving out of juniors and into the U23 and the elite category, I became eligible to race the Cadel Road Race and the Herald Sun Tour in 2019. These races were my introduction into UCI racing outside of the junior ranks. The whole 2019 season was huge for the amount of experience I gained, not only from those races, but also the National Road Series and the international racing with InForm TM Insight MAKE. From there, coming third in the ITT at the Road National Champions was a big confidence builder. After that, going back to the Cadel Road Race and the Herald Sun Tour this year meant I could see how much I’d improved. To get to the WorldTour from here, I will have to build on my results and continue to improve. But, results like this are extremely helpful in getting yourself known by the WorldTour teams.

Follow us on social media @CadelRoadRace for more insights about riding, what the pros are up to and news from the Cadel Road Race community.