From the Mapei archives

It’s been 10 years since Geelong hosted the 2010 UCI Road World Championships – here’s what Cadel recalls about the famous race on his home roads.

On home soil Cadel Evans was the defending title holder coming into the 2010 UCI Road World Championships. It was the race that introduced the Challambra Climb to the world. And, of course, a special weekend of cycling is ahead with the current Road Race World Champion Mads Pedersen bringing the rainbow bands to Geelong once again.

Cadel and Mapei – a huge supporter of both the Road World Champs and the Cadel Evans Great Ocean Road Race – flashed back to October 2010.

It’s been 10 years since the UCI Road World Championships in Geelong, what legacy did the race leave for cycling in the region – and Australia?

Ten years have passed since Australia hosted its first elite World Road Championships and it’s a good time to look back and reflect. In my mind, the timing of the Worlds in Geelong was very good. It came at a time when we had the reigning world champion, a strong presence at the Tour de France and therefore a lot for followers of cycling – a sport to be proud of. Whilst we hosted the Olympic Road Race in 2000, the World Championships was really for passionate cycling fans, and the people in the region here. Thanks to the success of the Worlds, it really lifted our credibility in the eyes of the cycling world. Challambra is now a permanent fixture in our Classics and the 115KM Swisse People’s Ride, did you think in 2010 that it would become such a cycling icon?

In 2010, Challambra Crescent made the World Championships race not just a great Worlds, but maybe the most exciting in the past 20 years. Now, that we have an opportunity to continue the Challambra legacy, I hope that it is in its infancy to becoming an icon in the sport. And, from the best pro riders in the world, to the novices doing their first 100+km ride, everyone has a love/hate relationship with that hill!

In 2010, you were the title’s defending champ and it was Australia’s first time hosting the Road World Championships – what did the occasion mean to you?

I remember feeling it was quite a unique opportunity to start with the number one on my back in a World Championships on my home roads. I did not have the best lead up to the race, but I felt I got everything out on the road that day, and being away with Philippe Gilbert in the closing kilometres seemed almost too good to be true. We were caught, but I was personally surprised with my performance.

Mapei famously supports the Road World Championships and the Cadel Road Race – what does this partnership mean to you?

I am guessing Mapei has been the single biggest contributor to the success of the cycling World Championships in recent years. For Ale Ballan’s win in 2008, to this past 2019 Worlds in Yorkshire, Mapei has always been there.

How would you describe the impact the late Dr Giorgio Squinzi had on cycling?

In a few sentences…I would guess that ‘Il Dottore’ through the Mapei cycling team, the Mapei Sports Centre, and the support of many, many development, junior road and mountain bike teams, and even more cycling events, has single-handedly shaped modern cycling for the better. 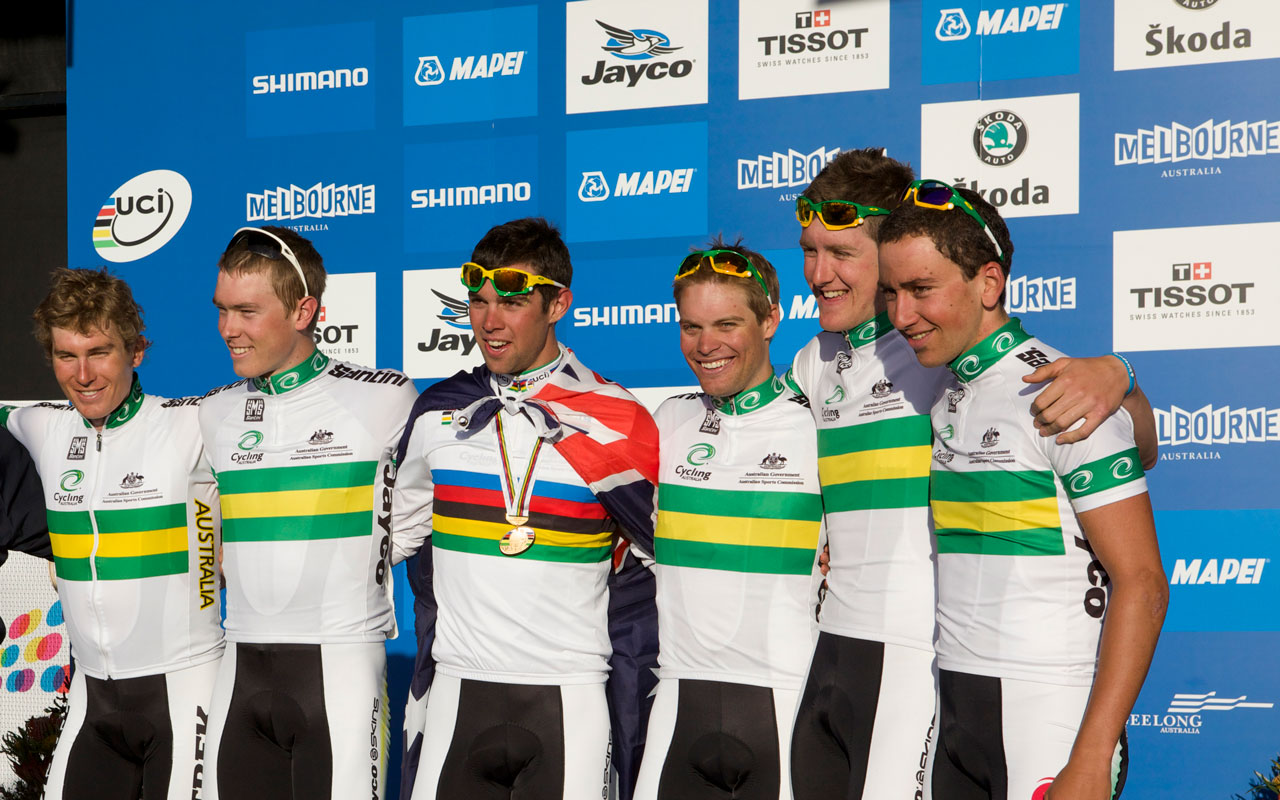 What can Geelong crowds look forward to this year at the Cadel Road Race?

Mads Pedersen has been a regular participant in past editions of the Great Ocean Road Race – that he comes back as World Champion is huge. All of us will enjoy seeing the World Champion race, but as a race organiser, to see riders start their season here in Australia and go on to have their career best season is personally very satisfying. As well as Mads coming, I am really looking forward to the Women’s race. Now, a UCI WorldTour race, it will go to another level higher yet again. And, I am hoping for another hot Caleb versus Viviani showdown. Of course, I have some patriotic bias, but may the best man win.

See the stars of UCI WorldTour cycling in Geelong and Torquay this weekend.

Sign up to our eNewsletter for race results, event details, giveaways and more.