Q&A from Dries Devenyns (Deceuninck – Quick-Step)
You spend all year in the service of others, then you get a chance today and cash in. Happy day?
“It’s a very special day for me. I like this race a lot. Each time I’m here I make a good effort – last year for (Elia) Viviani and the year before also.”

“But when we were in a group it didn’t look like Sam (Bennett) or my teammates were coming back so I got involved for victory and happy to take it.” 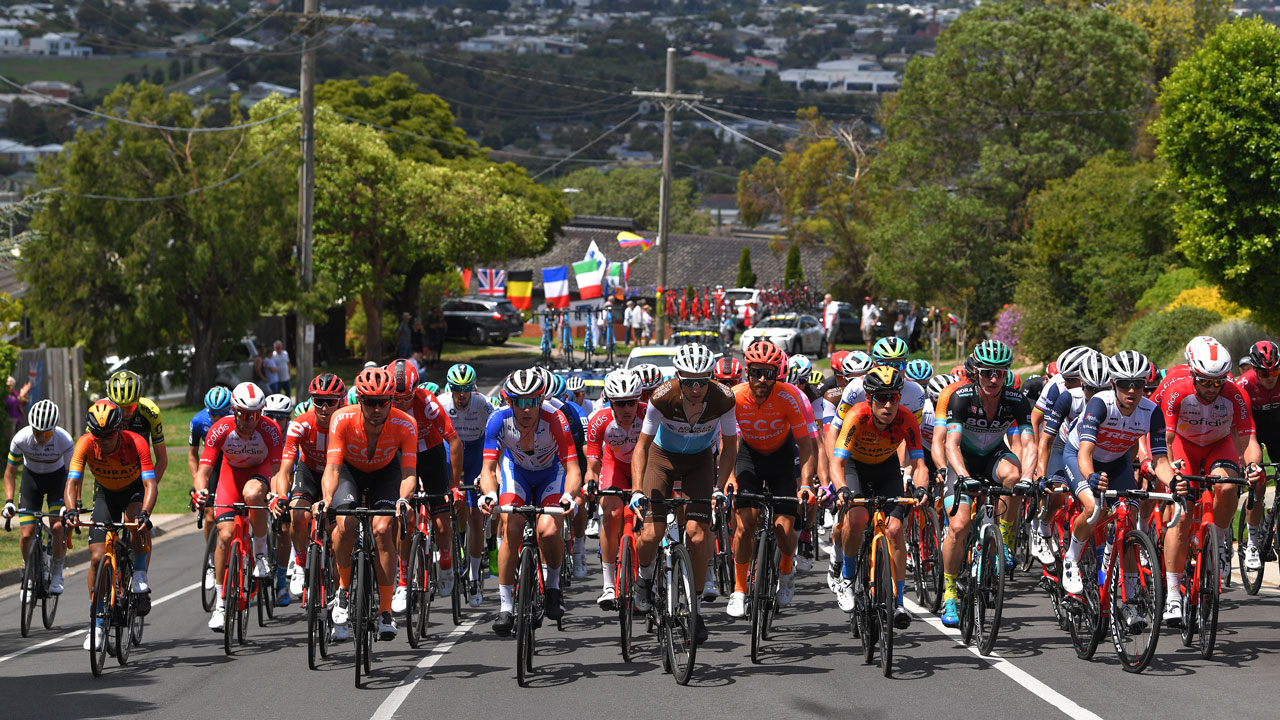 Take us through the last climb at Challambra and Simon Yates attacks around the traffic isle to try and drop you, Viviani, etc.?
“Mitchelton-SCOTT made a big effort but then they were losing guys so it was up to Daryl (Impey) and Simon (Yates). I was expecting his attack – they had to try something. After the climb on the flat, Pavel (Sivakov) took off and then there was (Dylan) Van Baarle so there was a moment to try and go.”

Because the other guys hesitated, you made your mind up quickly to go then to catch Sivakov?
“Yes. I also didn’t have to wait for the sprint because (Jay) McCarthy and Impey were there. If I wanted to play for the win, I had to be in front of them.”

Were you confident going into the sprint against Sivakov?
“I gave myself a 50/50 chance. I don’t really know how good his sprint is. Normally a good climber has a less good bunch. I don’t think we’re both fast – good effort to push hard.”

What’s it like with this team – you came in with Sam Bennett, a new sprinter – you’ve been on the team a couple years now so what’s the spirit like?
“We really have a team of fighters that want to win. Everywhere we go it’s always about preparation to win.

It’s been a few years in Australia now with you getting good results. Do you like it down here?
“I like it, yes. Normally I like it better when the heat is on and today wasn’t that warm but I like to come here.”