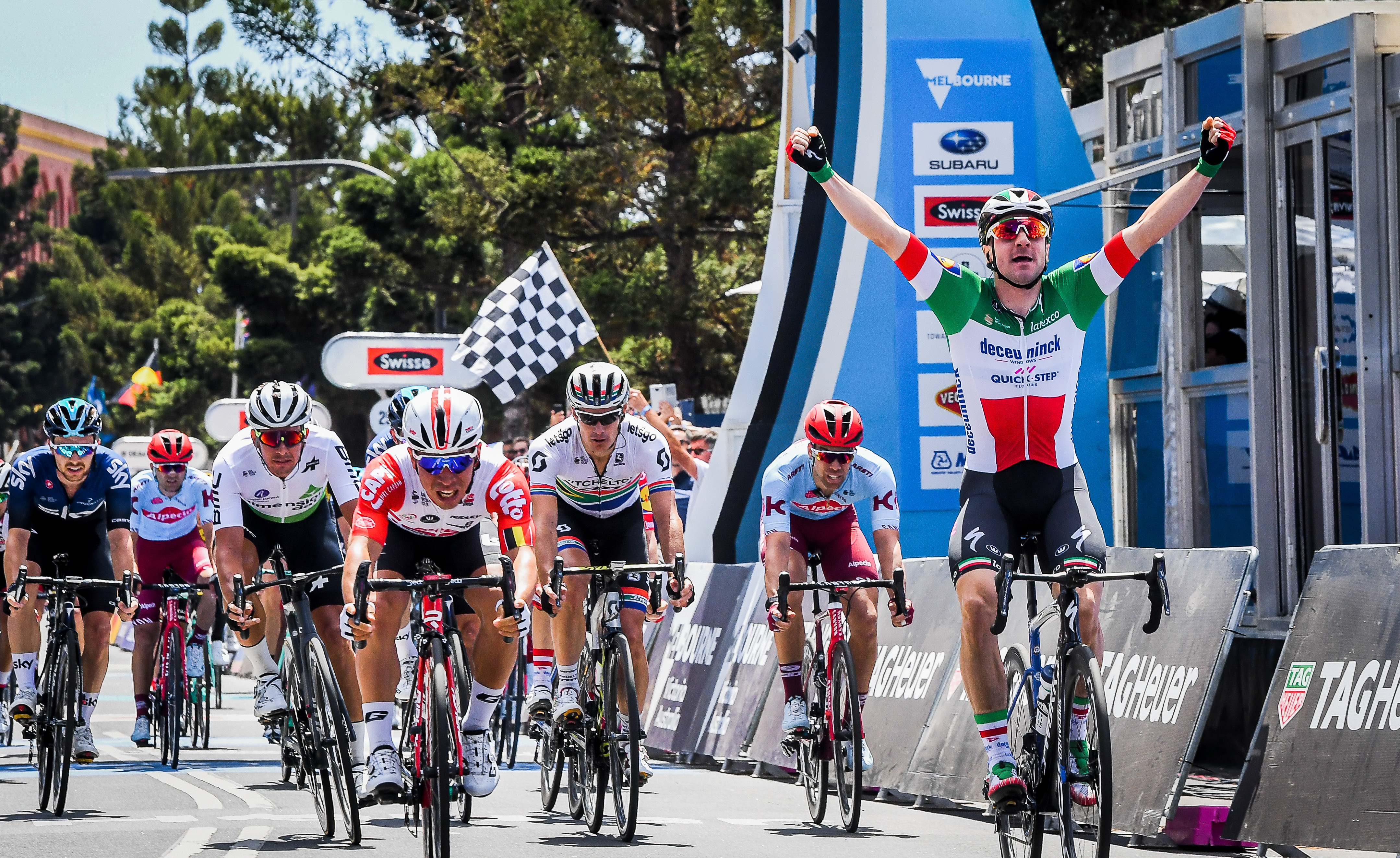 Defending champions Elia Viviani and Arlenis Sierra will set out to make history after confirming they will return to Geelong and the Surf Coast for the 2020 edition of the Cadel Evans Great Ocean Road Race.

Since the event’s inception in 2015, no cyclist has won the Elite Men’s or Elite Women’s race on more than one occasion.

Italian superstar Viviani will line-up for new team Cofidis Solutions Credits in 2020, after making the switch from powerhouse Deceuninck – Quick-Step.

“I have new motivation, a new team around me and I love this race,” Viviani said.

“I want to start next season in the best way possible, that means I want to defend my title.”

The 30-year-old sprint champion raced home to claim victory in a thrilling end to the 2019 Elite Men’s Race, finding redemption after finishing second to Australian Jay McCarthy in 2018.

The Cadel Evans Great Ocean Road Race provided a strong platform for the Italian, who went on to win Stage 4 of the Tour de France.

“I’m really happy to return to Geelong, I love the place,” he said.

“It’s a good course where I can ride my bike and relax on the sea after training, and it’s a super atmosphere all week – it’s a bike festival.”

The 2019 Deakin University Elite Women’s Race champion, Sierra is also eyeing off a return to the podium as the race is set to heat up.

The one-day classic will open the prestigious UCI Women’s WorldTour calendar in 2020 and is the highest ranking professional women’s cycling race in Australia.

The 26-year-old Cuban sensation has also had a strong year, including victory in the Giro Della Toscana and winning the Cuban National Road Race and Pan American Road Race titles.

The four-day cycling festival will begin on Thursday 30 January with Towards Zero Race Torquay.

Find out more about the Cadel Evans Great Ocean Road Race, including the 2020 Event Schedule