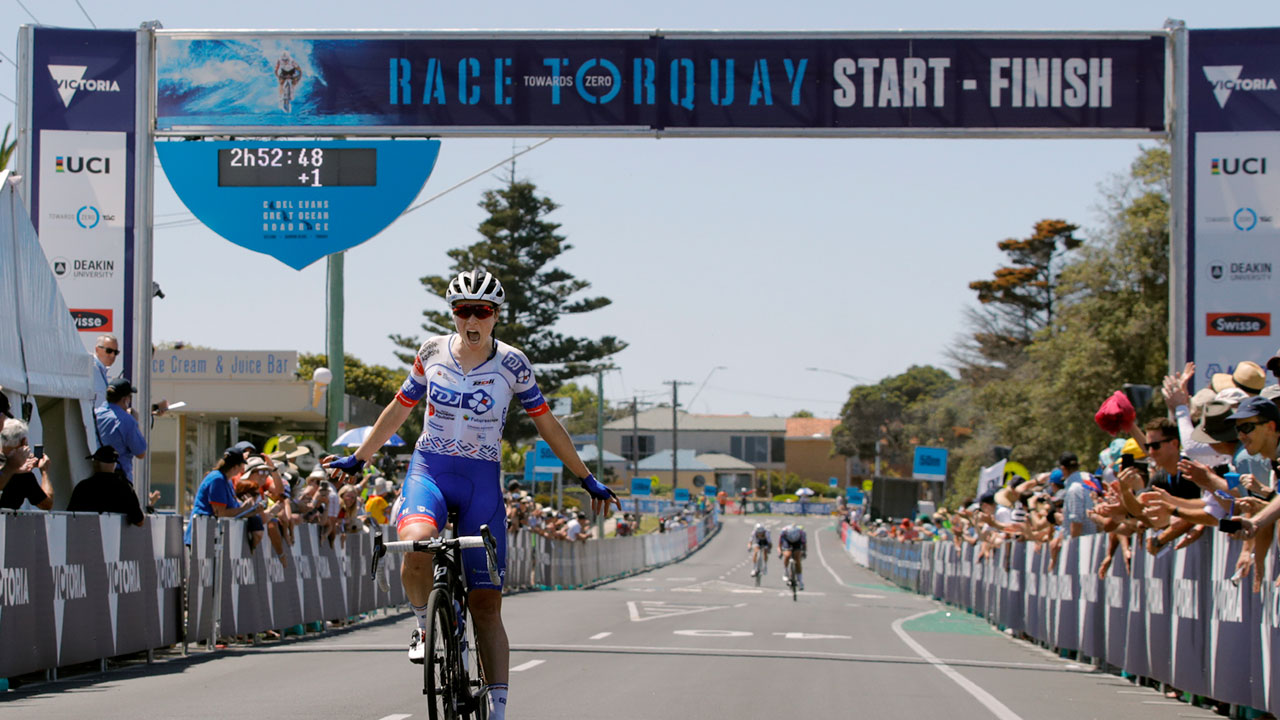 Chapman and Bennett take out inaugural Towards Zero Race Torquay 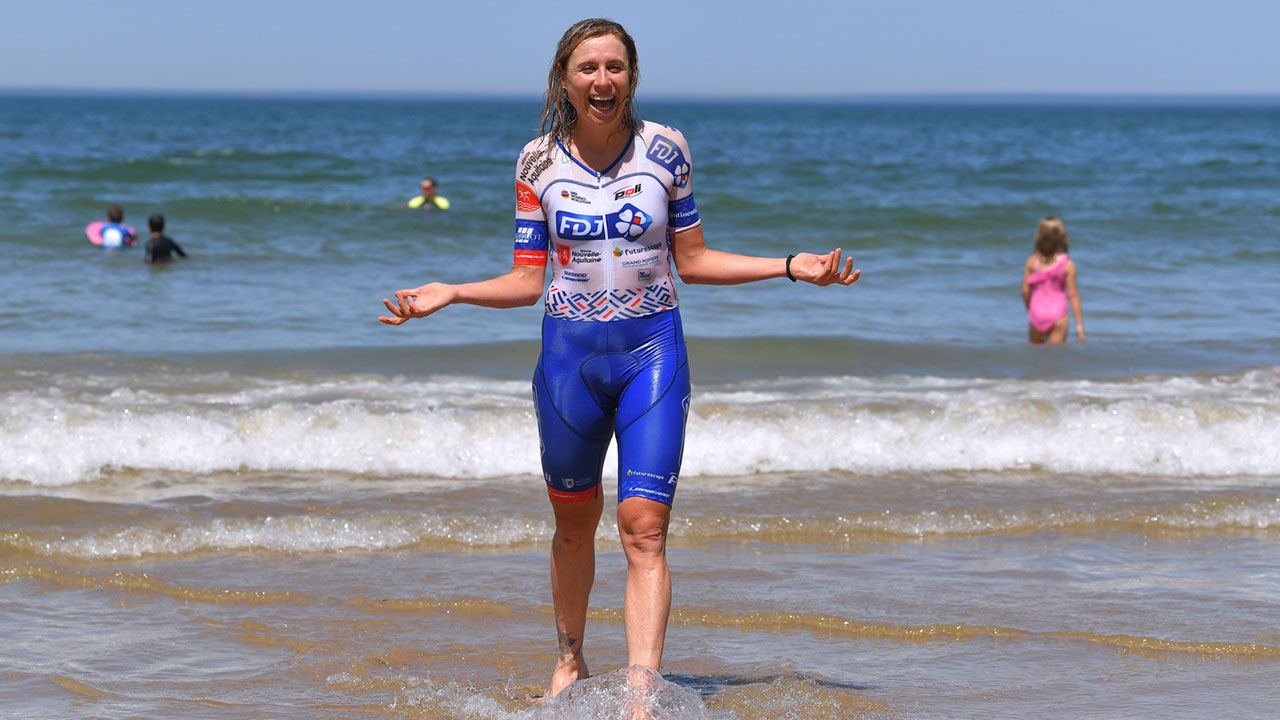 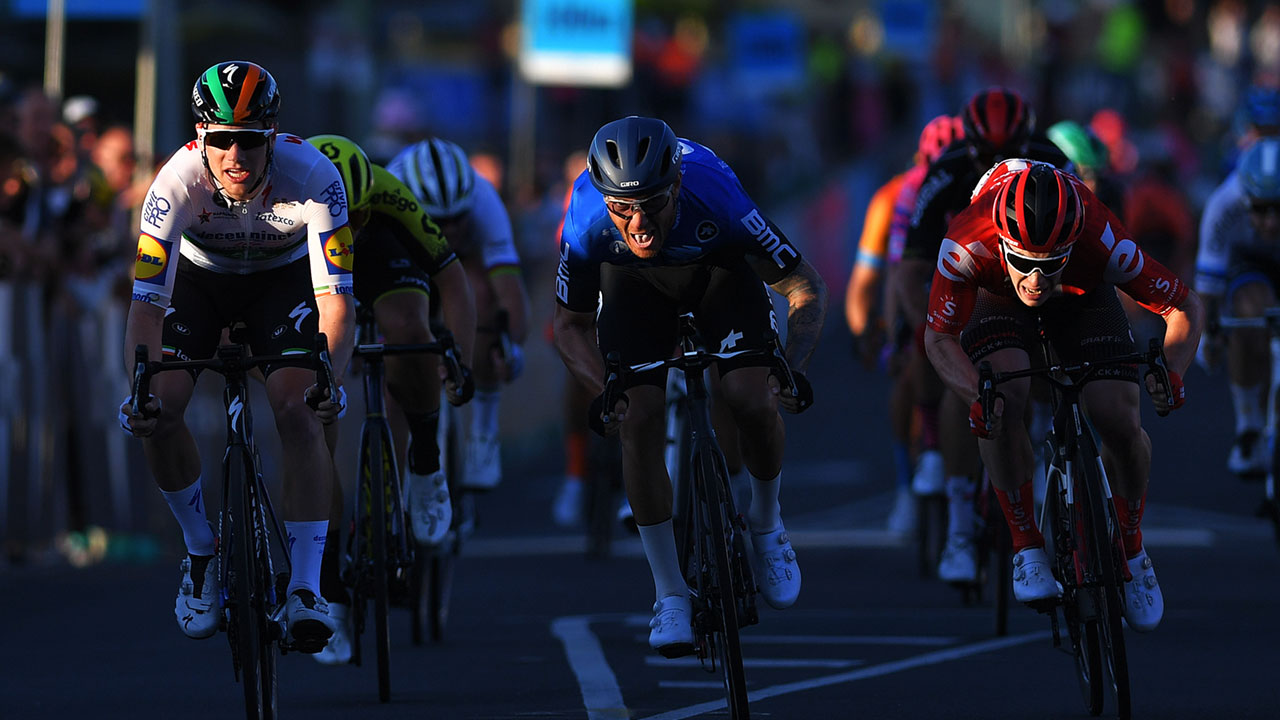 Average speed of the winner

The way you race, you must get enormous satisfaction from gambling and winning?
“Yeah, I’m a bit addicted to gambling in a bike race. Sometimes it pays off, sometimes it doesn’t. Today was about having fun and really racing.”

Take us through that moment on The Esplanade – it looked like you looked first, saw there was a gap and thought well I may as well make the most of this.
“I try and take each moment as it comes. I didn’t come to this race and think ‘I’m going to try and win this race by myself’ but I came through the corner first and kind of looked behind to see who would roll through next and saw I had a bit of a gap.”
“Then I was like two kilometres, that’s alright, I can empty the tank now because after two kilometres I get to stop.”

It looked like you were getting stronger as the race went on?
“I often struggle in the first part of the race, all the intensity. As the race goes on I find a bit of a rhythm. It really comes down to some self-talk. I know I’ve got these negative feelings on my body with the heat and exhaustion, but just tell yourself your legs are good and keep drinking, keep eating, breathe out – that kind of stuff.”

Going back to the initial break, you really looked like you wanted company and that it was too early to be out there all by yourself?
“Absolutely! One of the girls attacked and I followed because I happened to be at the front and just carried straight off it and kept going. If you want a breakaway to go, you can’t hesitate. My teammates were telling me that another girl was coming across so I waited for her. I was really stoked we could work together for as long as we did.”

So keen were you for company I think you poured water over the Chilean rider’s head – you really wanted her to stay
“I did. I was like I don’t want to be alone again. When I heard Lauren was coming across and she told me that Tayler and Emily. I was like that’s the most perfect breakaway on paper. I really like how they race.”

It was a real family affair for you today. Who did you have down here today?
“Yeah, unfortunately one of our soigneurs wasn’t able to feed today so my Dad came from Melbourne and my Mum came down from Brisbane. I rarely get to see my family because we live all over Australia so it was awesome to have him in the feed zone and he kept saying ‘come on, keep pushing’. That makes it so special – like my Mum and Dad are both here can you believe it.”

New course, same result.
“I was really happy with that. The guys did an amazing job all day. It was pretty hard at the start after a few days off so we had to get the legs going but when the race was a bit more controlled the boys came up and said the other sprinters were suffering a bit. I said the harder we go the better we’re feeling so let’s start racing.”

“So we tried splitting it in a bit of a cross-wind and that caught everyone off guard, except Elia (Viviani) – he was straight on it. We couldn’t catch him out!”

“I think it helped. It brought the breakaway back really quick to start the racing again. I kind of all came together and worked really well. The guys did a fantastic job on the final lap – I kind of got an armchair ride to the line.”

What does it mean for Sunday?
“It’s good; I just hope we didn’t use too many legs today. It was good to move the legs and get going. Good for the confidence as well when the racing got hard, I felt better. So when I’m suffering in Sunday I can remind myself that the legs are there.”

You mentioned the other sprinters struggling a little bit – was it just super-hot out there?
“No I think it was more we had three days kind of easy. Some guys will be using this to get going again. It’s sometimes hard to get going – I was super lucky that I got going quicker. We just took the opportunity.”

The course itself – was it more difficult than advertised?
“Yeah – they said it’s made for the sprinters and yes it was a sprint in the end. But it gave an opportunity for guys to breakaway and gave a bit of something for everyone. The distance is really good as well – it makes for an aggressive race.”

Caleb Ewan was one of the guys that pulled out – have you enjoyed the battle with him so far?
“He’s my training buddy at home so we like the banter. We obviously both like to win but there’s no bitterness – we like to see each other be successful. We lift each other’s game. It’s great to have battles with him.” 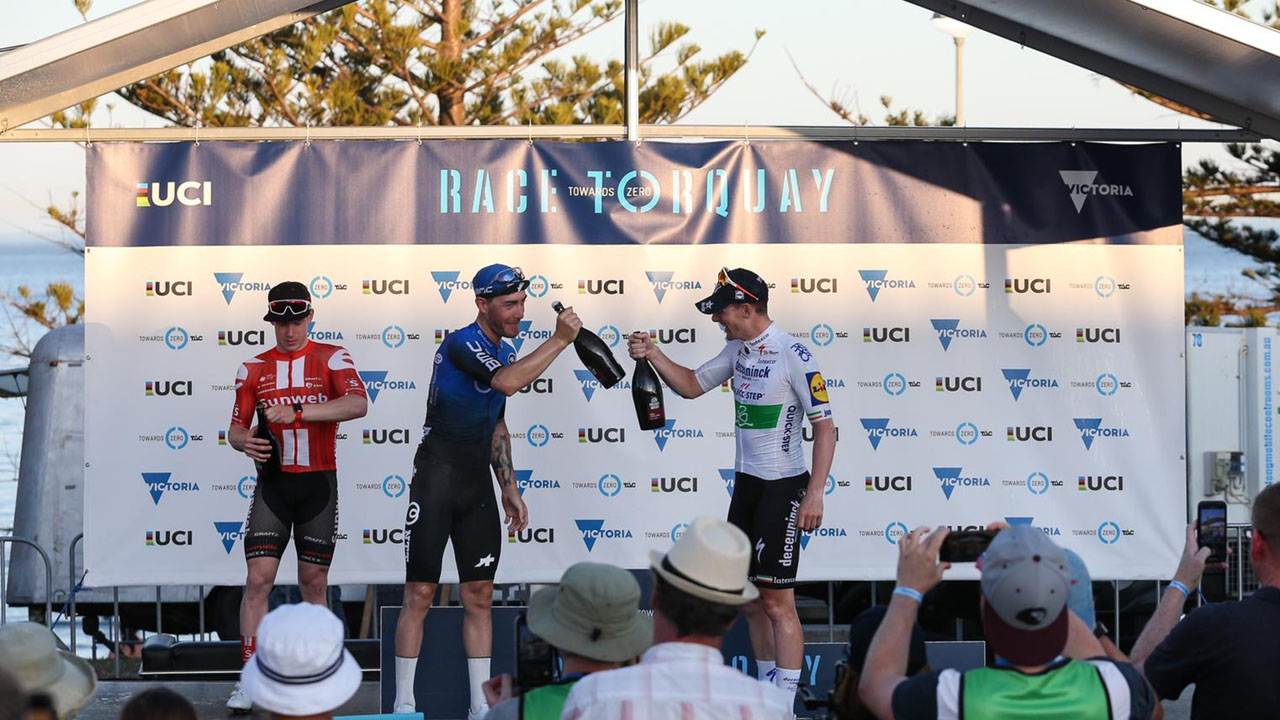