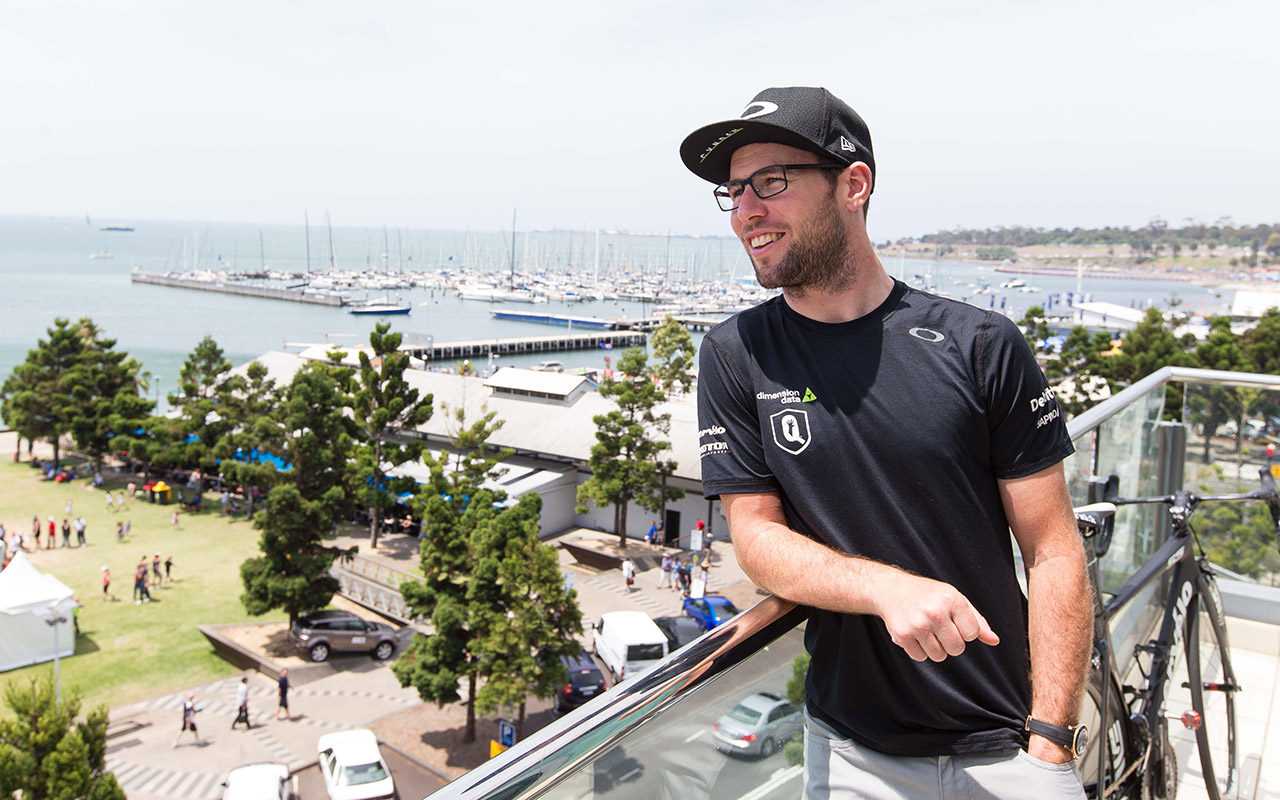 One of the world’s most decorated sprinters, 26-time Tour de France stage winner Mark Cavendish has joined his Dimension Data teammates in Geelong ahead of the Cadel Evans Great Ocean Road Race.

Cavendish spoke confidently to media yesterday having touched down a week ago to put in a training load on the road ahead of Sunday’s race.

“I was here for the Geelong world (championships) in 2010 and I know that the Great Ocean Road is one of the most beautiful roads for riding your bike anywhere in the world,” Cavendish said.

“It’s done me good to be here, to be able to ride long distances on nice roads because I haven’t had too much endurance. It’s been a lot of quality. I think my form is there.

“I’m not coming here just to roll around… I think if I’m there in the final I’m the best shot of anybody to win. But there’s some strong riders here. If I don’t make it to the finish line in the front group I’m not going to be disheartened.”

With a course that mimics some of the popular European Spring Classics, Cavendish admitted that it was impossible to predict how the one-day race would play out.

“It’s not going to be easy,” he said. “It could be a breakaway, it could be a sprint but like Milan-San Remo you wont know until the final couple of kilometres which is quite exciting.”

Despite being the hallmark rider, Cavendish won’t have it all his way with a strong international field providing the Manx man some challenges.

After their unmatched success at the recent Tour Down Under, ORICA-GreenEDGE start the Cadel Evans Great Ocean Road Race with overall winner Simon Gerrans and two-time stage winner Caleb Ewan.

The Australian jersey will feature on the back of Jack Bobridge (Trek-Segafredo) after his incredible solo effort at the national championships earlier in the month whilst further national jerseys will feature on the likes of of Peter Kennaugh (Team Sky – Great Britain), Daniel Wyss (BMC Racing – Switzerland), Kazushige Kuboki (Nippo Vini Fantini – Japan).

The men’s Cadel Evans Great Ocean Road Race will be raced on Sunday, 31 January starting and finishing in Geelong.