Announcing the award in Geelong yesterday, Cadel Evans said the accolade for the best under 25 male and female rider recognises the tremendous contribution to cycling the Melbourne businessman has made.

“Gerry’s commitment to the sport over the past two and half decades is outstanding. He has provided opportunities to ensure cycling in Australia remains at the forefront,” said Evans, Australia’s only Tour de France winner.

Evans and his management Signature Sport with the support of Visit Victoria acknowledge the opportunities Ryan has provided for so many Australian riders – male and female – to develop and ultimately compete on the world stage.

Minister for Tourism and Major Events John Eren said over the years Ryan’s contribution to cycling has been enormous from supporting Kathy Watt after she won gold in 1992, to sponsoring Cycling Australia programs and most recently the successful UCI WorldTour team Mitchelton-SCOTT. 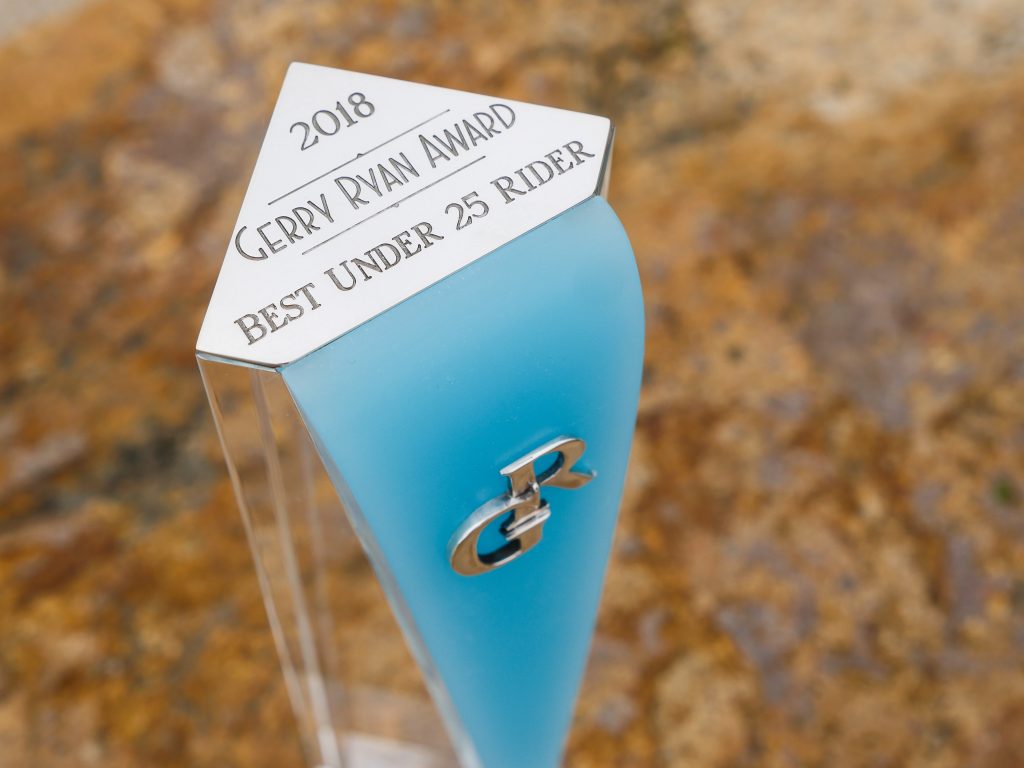 “The timing of presenting the award at Victoria’s UCI WorldTour race, the Cadel Evans Great Ocean Road Race, is important,” he said.

“Victoria is Gerry Ryan’s home state and, in its short history, the Cadel Road Race has featured many Australian riders across various teams who have come through the Australian cycling program Gerry has made such a significant contribution to.”

Ryan, who was in Geelong with Evans yesterday ahead of this weekend’s fourth staging of the event, said he was touched to have the award named in his honour.

“I’m thankful to have the award named after me. All I’ve ever wanted to try and do, whether in business or sport or whatever I’m involved in, is to make a difference,” Ryan said.

“I’ve been fortunate in business life to be successful. So, I’ve got the opportunity to help young people realise their dreams and that’s what it’s about.”

The pair took the opportunity to check out the course along the spectacular Great Ocean Road in the yellow Cadillac Coupe Ryan awarded to Evans after his 2011 Tour de France win.

Ryan added the Cadel Evans Great Ocean Road Race has had a significant impact on cycling in Australia. “It’s an international event and it puts the region and Victoria on the map.

“It also gives riders, young riders, who may not get the opportunity in the big European classics, the chance to come here and win.”

Both Australian and international riders in the Deakin University Elite Women’s Race and UCI WorldTour Elite Men’s Race are eligible for the Gerry Ryan Award. The winners will receive a handcrafted Flynn Silver trophy.

Gerry’s initials are cast in sterling silver set onto a sliver of the blue material also used in the Cadel Road Race trophies. This blue is shaped like the Visit Victoria logo and reflects both the event location and the Melbourne businessman’s home state.

Channel Seven will again broadcast the Cadel Evans Great Ocean Road Race with coverage also available on the 7plus app. A live steam of Towards Zero Race Melbourne can be viewed on the event website and Cadel Road Race Facebook page. Please see the full list of the global broadcast details for more information.