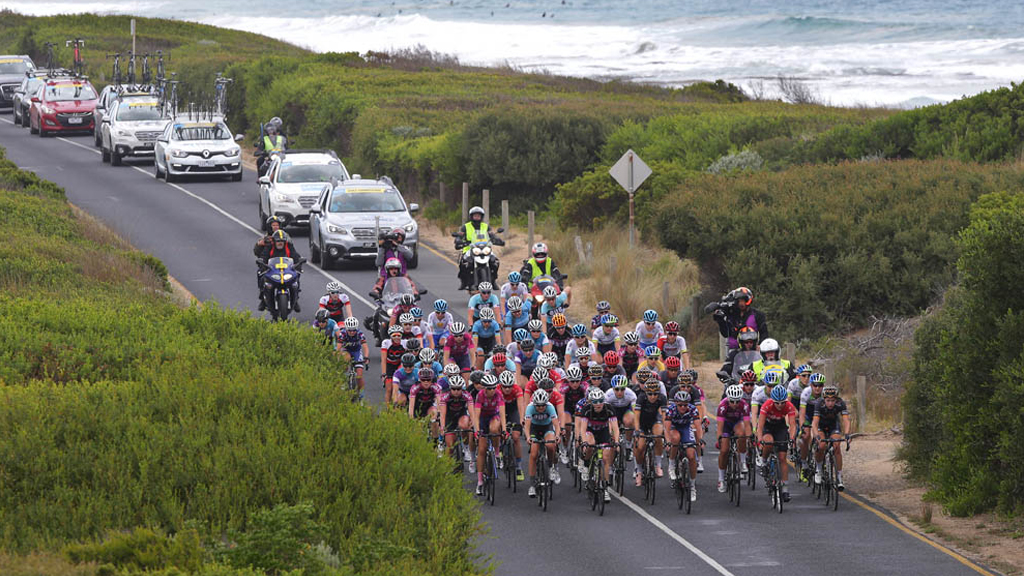 Cycling fans are set for a sporting spectacle as a field of world class male and female riders have been confirmed for the Cadel Evans Great Ocean Road Race.

Raced on a challenging and authentic one-day course, the Cadel Evans Great Ocean Road Race allows an attacking style of race, synonymous with the European ‘Spring Classics’, that will have fans on the edge of their seats until the winner crossed the finish line.

Porte will be joined by Swiss star Danilo Wyss and newly crowned Australian champion Miles Scotson and will start the race on Sunday as the favourite.

The 174km UCI WorldTour race is set to be a fierce contest as Team Sky (GBR) attempt to defend the title claimed by Peter Kennaugh in 2016. Classics specialists Ian Stannard and Luke Rowe will add firepower for a strong team that also boasts three-time Tour de France winner Chris Froome.

Big names lining up from ORICA-SCOTT include Il Lombardia winner Esteban Chaves and Australia’s leading one-day rider and dual national champion Simon Gerrans, whilst punchy riders Nathan Haas (Dimension Data) and Jay McCarthy (Bora Hansgrohe) will be ones to watch after battling it out for the Tour Down Under podium last week.

Australia’s top women’s team ORICA-SCOTT will start the Deakin Elite Women’s Race as overwhelming favourites.  The outfit have had a winning start to 2017, claiming all three national titles and the Santos Women’s Tour last week.

They return with defending champion Amanda Spratt, who took the silver medal at the women’s road race at the national championships and won the Santos Women’s Tour.  Teammate Katrin Garfoot claimed the road race and time trial double at the Australian championships and the pair will be hard to match on Saturday.

Janneke Ensing (Ale Cippollini) was impressive in Adelaide, finishing second to Spratt in the overall standings and will have the full support of her team, whilst the strength of former time trial world champion Lisa Brennauer can never be overlooked.

If weather and racing allows a bunch sprint to eventuate, there’s some big names to contest. Kirsten Wild (Cyclance Pro Cycling) would start as the favourite in that scenario following her two wins in Adelaide. Australians Annette Edmondson (Wiggle High5) and Chloe Hosking (Ale Cippollini) would also come to the fore.