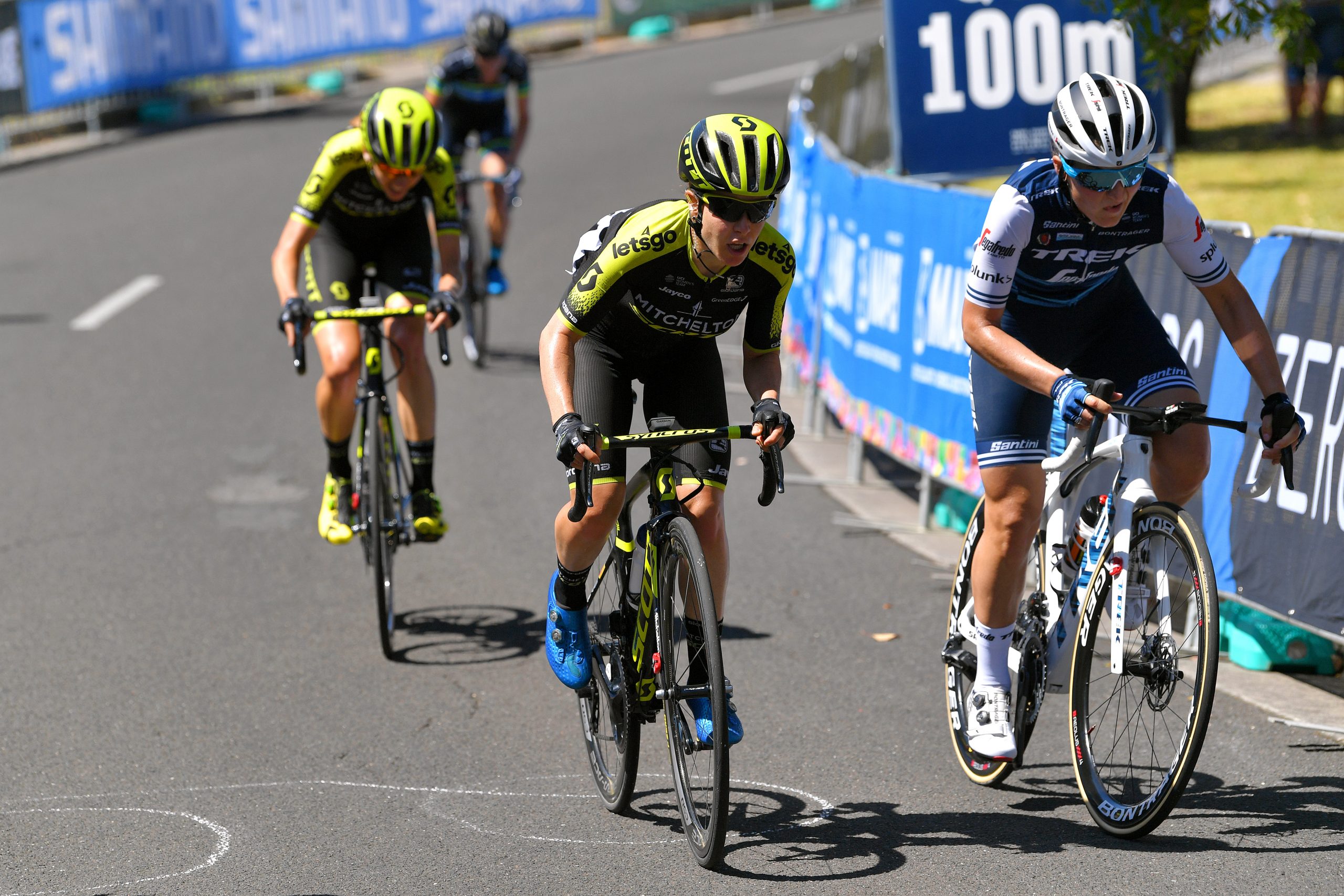 “I’m so excited we are bringing the WorldTour to Australia and for it to be at the Cadel Evans Great Ocean Road Race.”

With the 121km Deakin Women’s Race opening the 2020 UCI Women’s WorldTour calendar, Spratt adds: “From the first year the race has stood out in terms of professionalism, the course and the way they treat the women. I think we can make it a really exciting race out there.”

The New South Wales star, who finished third in Yorkshire’s World Championship Road Race in September predicts this will be one of the biggest years of her career with the addition of the Tokyo Olympics in July. “But, I think coming off the back of the past seasons I am ready for it,” she says.

The 2010 UCI Road World Championships in Geelong was Spratt’s first world champs hit out – the course famously put the Challambra Climb on the global cycling map.

“It is a really hard climb. Every year you think maybe it’s going to be easier, but it just gets harder and harder all the way up,” she says. “The crowd there is always amazing, it is an electric atmosphere and it almost buses you up that last bit.”

Fellow Australian WorldTeam star Chloe Hosking, who won the Deakin Women’s Race in 2018, is also a force to look out for. The 29-year-old from Canberra, now in her 11th year as a pro cyclist, has just joined American outfit Rally Cycling.

“I’m really looking forward to the change of environment, race calendar and continent,” she says.

Of the Deakin Women’s Race, Hosking predicts the status upgrade will strengthen the depth of field. “It’s one of the final races of the Aussie summer so riders will have ridden themselves into some good shape and it will be an exciting and probably very dynamic and unpredictable race. Just how I like it!” she adds.

“As a sprinter, there’s no trick to winning. You just need to limit your losses as much as possible in the tough, steep climbs and then work hard to get back in the mix in the final flat run to the line. I would love to be back in the mix in 2020.”

The inaugural winner of the Deakin Women’s Race Rachel Neylan will lead the Australian Cycling Team – KordaMentha Real Estate. Neylan also finished second in 2016 and in the top 10 last year.

“I’m thrilled to be lining up alongside these young ladies in January to kick start my 2020 season,” she says.

Pushing the Aussie prospects will be reigning champion Arlenis Sierra (Astana Women’s Team). “It will be a big honour to be back in 2020 as defending champion,” says the Cuban dynamo. “Also, the race has been promoted to the UCI Women’s WorldTour so it is another great reason to come again to Australia – I don’t want to miss the show!”

Henttala is eager to return to winning form after missing most of 2019 due to health reasons. This will be her second Deakin Women’s Race, and the 30-year-old says the key to success is having good legs and a strong team behind her.

“It can be a sprint finish, a solo rider or a little breakaway…That’s the beauty of this race, you never know what will happen.”

Join us for the Deakin University Elite Women’s Road Race on Saturday 1 February. Find out more about the event and where to watch.