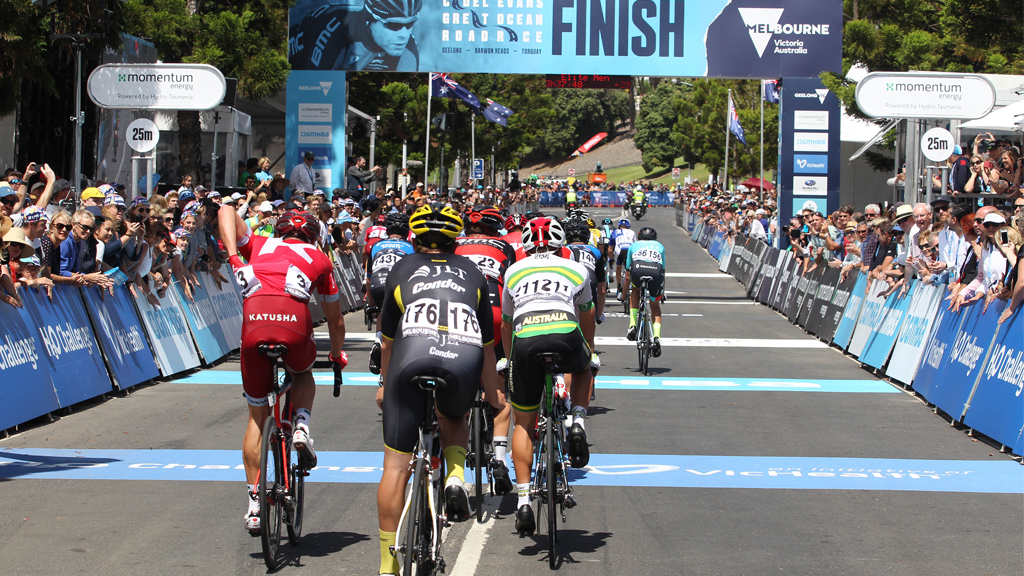 The Cadel Evans Great Ocean Road Race is back for 2017.

The Cadel Evans Great Ocean Road Race will include GMHBA Family Activities and official team presentations on Friday 27 January ahead of the People’s Ride and Deakin University Elite Women’s Race on Saturday.

The Elite Men’s Race will cap off the weekend on Sunday 29 January, featuring the world’s best teams and riders.

Acting Minister for Tourism and Major Events, Philip Dalidakis remarked on what the event means to the region.

“Just like the man himself, the Cadel Evans Great Ocean Road Race has gone from strength to strength and is now one of Australia’s premium road races with some of the world’s best cyclists competing in it,” Mr Dalidakis said.

“It also happens to be a very important part of the local tourism offering with more tourists and more jobs for Geelong and the Bellarine.”

Now entering its third year, the hugely successful Cadel Evans Great Ocean Road Race is recognised as a serious international cycling event drawing the world’s best cyclists to Victoria to experience one of the most visually spectacular courses in world cycling.

Crowds of over 100,000 are again expected to head to the stunning Geelong, Bellarine and Surf Coast regions to take in all the event action in what will provide a significant boost to the local economy.

*Dates are subject to formal approval by the UCI Road Commission and then formally by the UCI Management Committee.